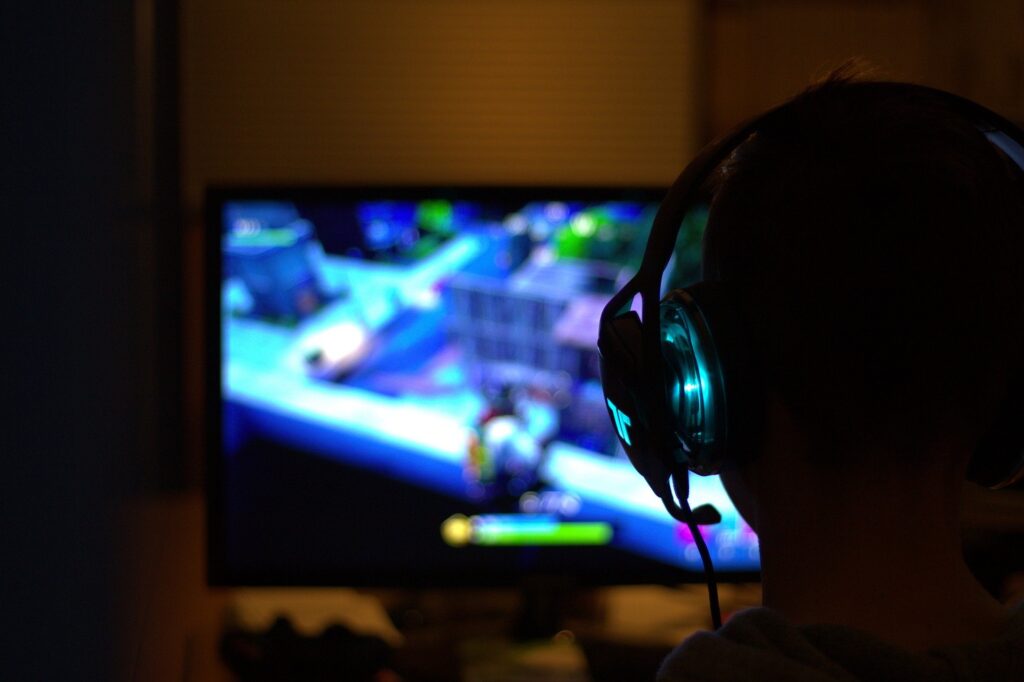 Video games have come a long way from saving princesses in castles. I mean, that was the entire plot of the first Mario game. Heck, we could go back to Mario’s actual first game, Donkey Kong, whose whole premise was that a giant monkey took Mario’s girlfriend, and that was about it.

No more, no less.

From there, you just kept trying to increase your high score until you got bored. Then the first Mario game was released, and you’re just told to keep moving right until Princess Peach is rescued from the clutches of a giant fire breathing turtle. Video Game narratives weren’t exactly “Deep”.

There wasn’t a video game equivalent to “Death of Salesman” in those days, and you don’t exactly need a detailed script to explain why you should pursue Jackpot Capital no deposit bonus codes or whatever.

You can see this philosophy in all of his titles. In Doom, demons invade, and you just gotta keep killing Demons until Hell runs out of Demons to throw at you. That’s it. This philosophy has prevailed even to modern games and titles, such as the 2016 remake of Doom and the latest Mario game, Super Mario: Odyssey.

And there’s nothing wrong with this philosophy. Games are meant to be fun, so putting the story aside to focus on the gameplay is by no means a bad approach to designing video games. Proof: All the successful video game franchises I’ve previously mentioned, such as Mario and Doom.

However, Video Games have come a long way since then. Video Game narratives have become more involved and complex, telling deeper and grander tales with every new generation of video games. Most video games, especially the Triple A titles, try to do a sort of hybrid approach to video games. They have a bulk of the story told through cutscenes that the Player passively watches, then lets the Player run wild during the gameplay segments.

This is a method that works. Regardless of what one might think of The Last of Us franchise, it told its story effectively enough to split the gamer fanbase in twain. However, games like The Last of Us that use a copious amount of cutscenes don’t take advantage of one of the most important aspects of Video Games as a medium: Player Interaction.

That’s why I call it a hybrid approach. They tell the story like a movie, where the Player has to sit still and wait patiently through the cutscenes, and then goes on a murder-spree unconnected to the story at all when he’s actually allowed to play. Some games, like Until Dawn, Tomb Raider, and all of David Cage’s games, try to make the cutscenes more interactive by adding Quick-Time Events- but that’s really a half-assed way of going about it.

The best way of telling a story through video games is to interweave the story with the gameplay. You turn the story into the game’s mechanics. You make the Player feel what the character in the game is supposed to be feeling by gamifying the narrative. To highlight this, here are three of the best mechanics used to interweave story and video game together into a single, cohesive experience.

The 2015 game, Shadow of Mordor, surprised everyone by not being absolutely terrible. In fact, it’s quite good.

It had a lot going against it too. Its premise was that it was a semi-canonical spin-off to one of the largest movie and book franchises ever: J.R.R Tolkien’s Lord of the Rings. Since most Triple A, spin-off, movie tie ins are nothing short of absolutely terrible. So the fact that Shadow of Mordor did not end up as simple shovelware, cash-grab was quite a pleasant surprise.

By far, the game’s most innovative feature was hit’s Nemesis System (they’re words). It’s an incredible system that creates an insane amount of spontaneous narratives that are unique to every Player’s playthrough.

It works by procedurally generating the ranks of Orc armies, giving them custom names, titles, powers, personalities, and weaknesses. Then the Player interacting with these orcs can change this hierarchy. If one of these Orcs manages to best the Player, then the next time the Player encounters that same Orc, he’ll be promoted and taunt the Player about it. This creates all sorts of dynamic relationships, revenge plots, and political intrigue as you help the Player helps the Orc he likes ascend the Orc Hierarchy.

It’s a shame that the system is patented and exists in an otherwise generic open-world action game, with combat stolen from the Batman: Arkham games. So while I do recommend Shadow of War, the most important of its story elements are still relegated to cutscenes, which puts it relatively low on this list.

A powerful tool that Video Games can take advantage of is the fact that the Player can choose to stop and simply exist within the world the developers created. While set design is very important in movies, the movie keeps playing regardless of whether or not you would like to look closer at the scenery (pausing doesn’t count). In books, setting the scene is also very important, but once the reader has read it, there’s nothing to do but keep reading.

Video Games allow the Player to stop and take stock of the world around them, and no game is better at this, in my opinion than Fromsoftware’s Dark Souls. From the opening minutes of the game, the Player is subjected to a whole host of story elements, told only through the environment around the Player.

In fact, one of the first things the Player sees is a zombie that’s been pummeled through a set of iron bars. On the other side of these bars is a massive demon with a hammer stomping around. The Player doesn’t have to interact with or even look at either of these things, but there’s a story there to be found if you put two and two together.

Dark Soul’s is full of this kind of story telling, and it adds a history to the world that Player is exploring. Dark Souls does this so well that even a decade later, there are still avid fans finding the meaning in specific textures on the game’s tapestries or cross-referencing the Japanese text versus the English translations to find the exact intent of what the game’s writers wrote.

In fact, if anything, the writing is Dark Soul’s greatest weakness. It’s mostly relegated to item descriptions that read like Wiki entries. It’s all there should you choose to read it, but I would say that ninety percent of Player’s (myself included) won’t bother and would rather find a YouTube explanation than piece it together themselves. It’s a great way of explaining the less visually relevant aspects of the Dark Soul’s lore, but it’s not a great way of explaining why there’s an inside-out dragon roaming the depths of the sewer level.

One of the greatest challenges when designing a video game story is to get the Player more immersed than, “Haha, button make gun go pew!”

But Video Games, as a medium, have an immense advantage over movies and games: Player choices. Players decide if they want to go left or right, or to shoot their gun or swing their sword- but most video games don’t take advantage of this.

After all, when your core gameplay is focused on shooting things and getting rewarded for it, trying to make the Player’s feel bad about it goes directly against the core experience. Spec Ops: The Line does this, and the narrative would be quite compelling if it wasn’t for the fact that the Player can’t ever avoid the terrible decisions that the game’s protagonist makes in the cutscenes. So when the game tries guilt-tripping the Player for it, it feels a bit cheap.

That’s where Morality systems come into play. These are mechanics that try to gauge how good of a person the Player has been throughout the game and try to change the narrative accordingly. The most basic example of this is the game Mass Effect. Every so often, the Player will be prompted to make a decision: One option will be labeled as blue, for paragon, and the other red, for renegade. Unfortunately, this binary morality system is quite limiting. It removes the whole moral dilemma from the Player by simply telling them which decision is the “right” one. Plus, the story only changes in any significant way when you go full Paragon or Renegade.

Other games have tried similar systems to create lasting consequences for the Player’s actions, such as Dishonored, which ties the entire state of the world to how many people you murder. The more you murder, the worse off the world generally is, and the final level changes. The problem is, the game never mechanically encourages the Player to be “good”, while providing a million and one creative ways to murder everyone and their mothers. So it’s not like there are two different ways to play; it’s more like you remove a majority of the fun of the game by trying to be good.

Undertale, on the other hand, makes its story entirely revolve around subverting the concept of morality in video games. In Undertale, if you wish to be good, you get rewarded for it at every turn by meeting quirky characters, playing creative and crazy minigames, and getting to interact with the game’s world. If you’re evil and murderize everyone you meet, then the game’s characters literally flee from you.

In fact, the game is downright easy until the game throws the hardest boss fight it has against you. Undertale’s entire world and gameplay changes drastically depending on the Player’s actions, and it’s amazing. The only reason Undertale isn’t a perfect example of combining game and story is because a lot of its narrative relies on the Player’s meta-knowledge of video games. Undertale is a gamer’s game that someone who isn’t already familiar with video games might not “get”.

In fact, my perfect example of mixing gameplay, narrative, and morality into one cohesive unit is Lucas Pope’s “Papers, Please”. The whole idea is that you’re a border guard who has to check people’s papers before they’re allowed to enter the glorious nation of Arstotzka. The more people you check correctly, the more money you make, which you need to feed your family, pay your rent, and buy amenities like food, medicine, and heating.

The moral aspect of the game comes into play as the totalitarian government starts enforcing more and more complex and arbitrary rules. In order to keep playing, you have to do your job well, but doing your job well means breaking up families who don’t have their papers in order. It means allowing through pimps and abusers who do have their papers. It means that supporting the underground rebels will directly hurt you and your family.

The game ties its narrative directly into the gameplay, where any route that doesn’t lead to complete disaster is immensely difficult, regardless of your own morality and where your loyalties lie. It’s clever. It’s subtle. It has, like, twenty different endings depending on how it all plays out. Will you be “good”, or will you keep your head down and survive?