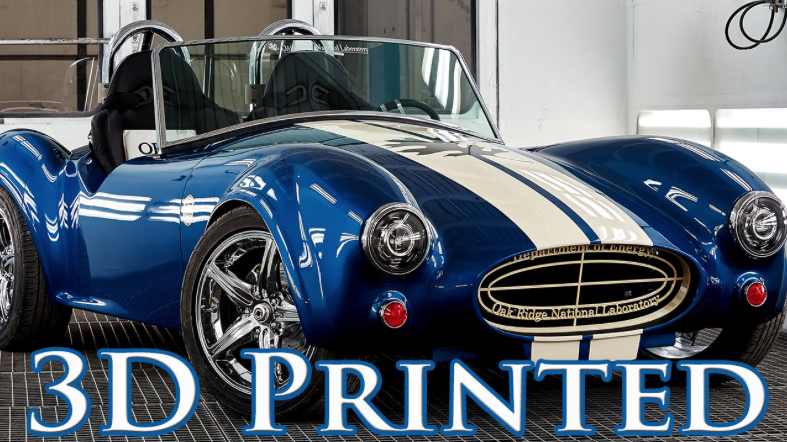 You may be wondering how a car is being designed and made inside a production plant. If you are not an engineer, this will seem very complex to imagine. Inside an automotive plant, every part has a corresponding prototype, which is used as a standard guide to mass-produce a particular part or unit.

Every prototype is usually molded; moreover, only company engineers can decide how a prototype should look like. Now, imagine if you are involved in deciding which particular designs must be followed in manufacturing some parts of a vehicle. It feels great if your concept is considered and approved.

However, nothing can make you feel better if you are a customer, and you can create your own prototype of the design you want. Moreover, you can do this not by means of creating a molded prototype, but through 3D printing.

This is what Ford is exploring now and has recently announced that it’s planning to create a system that will let customers customize some parts of a vehicle by allowing them to create a prototype using 3D printing. This project can be made possible with the help of the Stratasys Infinite Build system. The idea is simple as it’s like producing an automotive metal stamping, but in a 3D format instead of the molded prototype.

While techniques are also used to make prototypes of equipment such as pilot boring machines, today, we will look further at how automakers are using 3D printing going forward.

Ford’s project will still test several factors to make 3D options feasible. These parts must be produced in a matter of hours or days for short customer wait time. The challenge is to have a readily available set of tools and materials that can be used to instantly produce the parts based on a printed prototype. Another consideration is to have the right technology that can instantly produce these particular customizations.

What makes this confusing is the possibility of having too many different designs that would be produced at the same time. Nevertheless, these problem areas can be answered when technology has advanced. The concept may be compared with a vending machine that offers several options that every user can try.

Another factor that must also be considered is the cost of production. In a normal manufacturing setup, the production run includes thousands of uniformed items being assembled altogether. However, this process may complicate the production run for a few parts that are different from one another.

The cost of production run can cover thousands of parts being produced by it. The problem is that you cannot mix your custom parts with them. Each production run is good only for a particular design unless your custom design is exactly the same as them.

The solution is having the production robots be able to make the alterations to that of what the customer specifies. However, we are not quite there yet with technology unless automakers limit the choices given to customers. The ultimate goal is to have one piece of technology that can produce all parts regardless of designs.

Ford’s 3D printing project may look ambitious, yet the purpose is not impossible to achieve. There are still obstacles, and these are now subject to feasibility tests. It’s just a matter of time before we can start witnessing a new era of automotive manufacturing.

If this project becomes successful, this will democratize the manufacturing of vehicles going forward. 3D printing is only a small piece in how we can step to the next level of automotive ingenuity and creativity, but how grand it will be.