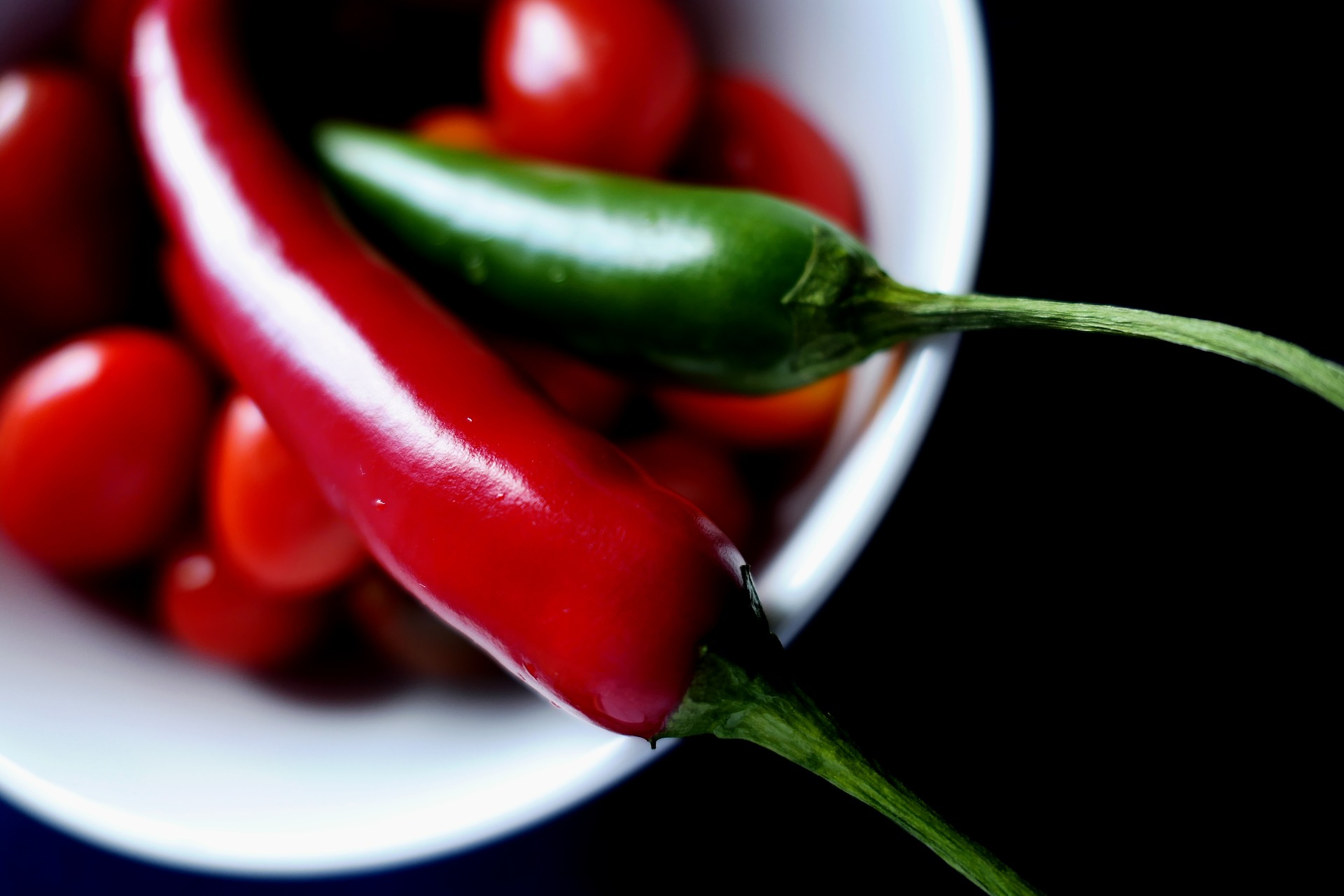 Also known as “The King of Spices”, pepper is an essential part of numerous cuisines around the world. One of the great things about this spice is it can enhance other flavors as well as add balance and depth to your favorite dish. Pepper has been in use since antiquity, and by the Middle Ages it was even considered valid currency.

All types of pepper come from the berry of the same plant, Piper nigrum.The plant is a perennial vine native to the equatorial forests of India. It is also cultivated in tropical regions around the world. Pepper comes in colors, and each variety has its own distinct flavor and aroma.

Fresh green peppercorns are harvested while still unripe. Their flavor is fruitier and a lot milder than their black and white counterparts. Unfortunately, they can be hard to come by. If you get a hold of them, however, you can use them lightly crushed in soups, stews, butters and cream-based sauces, or stir them into mayonnaise. The dried version of the spice can be rehydrated and added in stocks, soups or casseroles. Green peppercorns are also available pickled in brine or vinegar.

You might also know this spice as anise pepper, fagara and Chinese brown pepper. This spice is often mistaken for a member of the pepper family when it is actually the berry of the prickly ash tree. This pepper has a pungent aroma with a hint of citrus. It is widely used in Chinese cuisine, especially in chicken and duck dishes. Dry frying brings out its pleasant peppery flavor.

A little black pepper can be added to most savory dishes. This wonderful spice is extremely versatile and can even be used in sweet fruit preparations, especially those made with strawberries or pears. It is also an ingredient often in large quantities of recipes for gingerbread and various cakes. Black peppercorns are highly pungent and have a very rich aroma. This is achieved by leaving the green berries to dry in the sun for about a week until they become wrinkled and black. In some instances, boiling water is poured over the berries before they are dried.

For this type of pepper, the berries are only harvested after they are fully ripe and red in color. Then, they are soaked in slowly running water and rubbed to remove their outer skin, exposing the inner white corn in the process. White pepper is milder in flavor and less aromatic than black, but it is also sharper and hotter. It tastes good in white or cream sauces, light cream soups, egg dishes or mayonnaise. Use it in white dishes as an alternative to black pepper for a more aesthetically pleasing result.

Pink peppercorns don’t come from the Piper nigrum plant, but from a completely different species, Schinus terebithifolius. The plant is native to South America. The berries are picked when ripe and then dried or pickled in brine. Pink peppercorns give off a faint sweet-peppery smell when you crush them. They are a popular seasoning for fish in Mediterranean cooking and they are often mixed with other peppercorns in a clear mill to add color to the table.

Cubeb, also known as Javanese or tailed pepper, comes from the unripe berry of the Pipper cubeba plant, which is native to the Indonesian islands. The spice is a standard feature of Indonesian cuisine. It is pungent and tealike with slightly musky and bitter notes. You can use it as a substitute for real pepper. Cubeb is available at health food and specialist shops.

Sansho in one of the very few spices used in Japanese cuisine. It is only available in ground form. This is a table spice (not a true pepper) often sprinkled over cooked foods like noodles or soups. It is also used in shichimi, the Japanese seven-spice mix, which combines sansho, seaweed, orange peel, chili, poppy seeds, and black and white sesame seeds.

Pepper is an amazing spice that can bring out the best in nearly every dish you can possibly think of. Always keep your peppercorns in sealed glass containers and store them in a cool, dark and dry place. Use a mill to grind them and add the pepper to your dish at the end of the cooking process.

For a more sustained flavor in long-cooking dishes, add whole peppercorns instead of ground pepper. You can tie them in a cheesecloth bag for easy removal.

Finally, mixed peppercorns in a glass pepper mill make an attractive, colorful addition to your table and can enhance the flavor of most dishes.