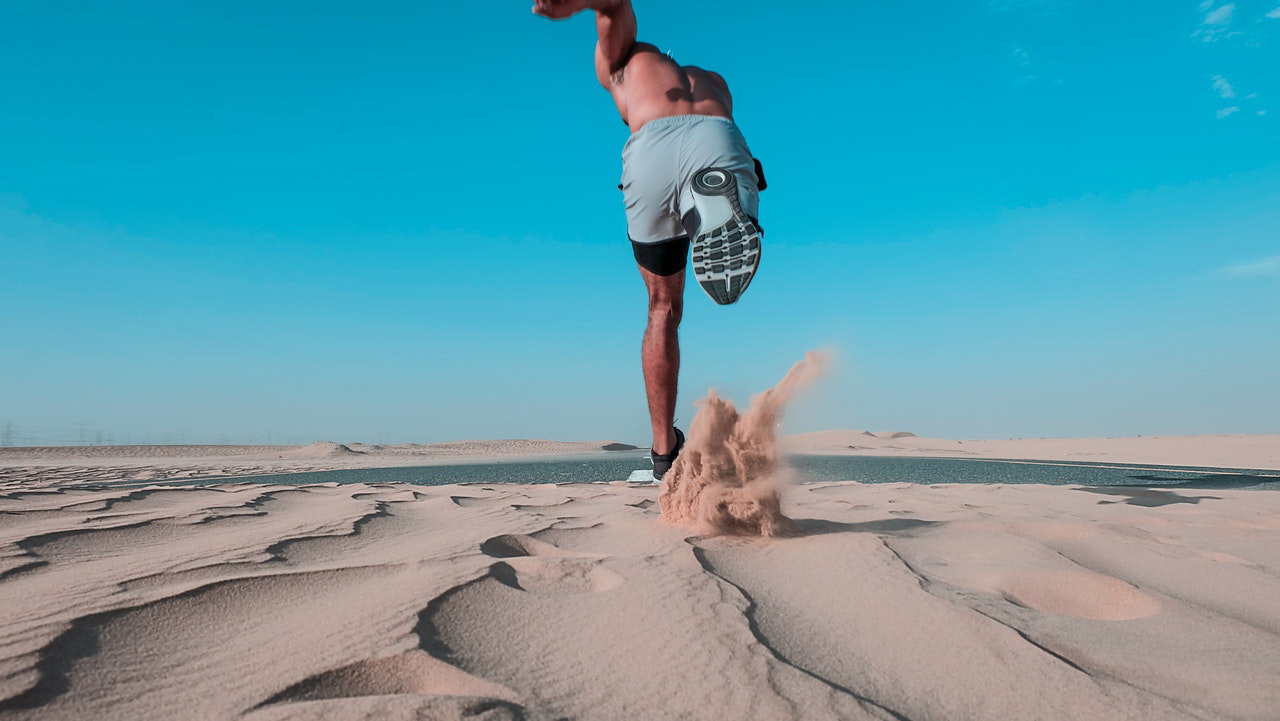 The UK is fast becoming a nation of runners. The sport has enjoyed a surge of popularity in the last few years: data shows that in 2015-2016, 29,100 people participated in running as a sport in England, compared to 20,000 in 2014-2015. It’s a common sight now, to see runners and joggers passing you in the street, especially when the weather is nice. But have you considered running somewhere other than on the footpaths around your neighbourhood? Or do you find time slows painfully when running on a boring old treadmill, with the sights always the same around you?

There’s no reason why your training regime should stick rigidly to concrete or treadmills. In fact, not only will you get to explore a wonderful variety of settings by expanding your running routes, you will also benefit from the change in environment by pushing different muscle groups to adapt. Here to look at how different ground types can change up your running patterns is Compost Direct, a leading UK supplier of bark chips and top soil.

Take to the beach

Do you remember getting to the beach as a kid and being super-excited to jump in the sea? Waiting for your parents to finish setting up the parasol and towels so one of them could come with you to splash in the ocean, it’s no wonder many of us took off running through the sand to get into the cool water as soon as possible!

Do you recall what it was like, trying to run when grains of sand are slipping and indenting under your feet? It’s certainly difficult to say the least. And you can channel that added difficulty into your running training.

The Running Bug advises that running on sand makes you burn around 30% more calories than running on the path. This is because you have to compensate for the sand sinking beneath your feet! Plus, the beach terrain can be a little unpredictable; get ready to jump over whatever the tide has pulled ashore, or push yourself up the sand dunes! The site also recommends running barefoot in the sand, because you not only reduce the pressure on your lower joints, but you improve your foot muscles and calf strength.

Be careful not to overdo it though! Run Britain advises any wannabe-beach runners to add sand-running to their regime gradually or risk an Achilles tendon injury.

The grass is always greener

If you want to reduce the impact of the sport, or just change up the scenery a bit, try running on grass. The turf will offer a softer surface than concrete or tarmac, which means your joints aren’t going to be hit had hard. Plus, it’s great for improving your balance, says Triathlete.

Plus, like the sand, grass is an uneven terrain to run on. As a result, you’ll be giving your smaller foot muscles a good workout.

Again, like with beach-running, experts advise that you don’t overdo grass-running if you’re new to it. Incorporate it gently and gradually into your regime. Also, don’t expect to hit the same times on grass that you would on the roads — running on the uneven ground will impact your speed and times, so don’t let it dishearten you. This is about building strength, not speed.

It’s snow walk in the park: running in the snow

You might be tempted to stay indoors when the snow begins to fall, but don’t let the weather curb your running schedule. The snow is just another terrain to change up your training, and when approached carefully, it can offer great benefits. Plus, as Athletics Weekly rightly points out, if your running regime is more than a hobby, you might be taking part in some cross-country races. Cross country season for the UK is usually in the colder months, so it’s best to be prepare for any eventuality.

The poor weather will slow you down, says Training Peaks, but that’s the point. Your body has a chance to rest, without losing strength. Running on snow is a challenge and requires more strength and effort than running on a clear path. You have to slow down to build that strength, and also to avoid slipping!

Also, Running Magazine points out that the cold conditions will make your body work naturally harder to keep your temperature right. So, you’re getting an extra burn just for being outside! Make sure you are wearing the right kit for snow-running, stay safe, and embrace the benefits of the cold.

If you really want to embrace nature, consider doing a few of your weekly runs through a forest or woodland area. Like sand and grass-running, the uneven ground will force you to use different muscle groups than regular tarmac-running. And, like on the beach, the elements of nature will add an unpredictable spin to your route, meaning you’ll have to overcome surprise obstacles along the path.

As an added benefit to forest-running, simply being among the green is said to be beneficial to your health. In Japan, the act of “forest bathing”, or shinrin-yoku, is very popular as a wellness activity. The idea is that being out in nature, breathing in fresh forest air, and simply being away from concrete, cars, and city noises helps to reduce stress and lower your blood pressure.

Trail running is also hugely popular, as it not only makes for a better mood, it can also benefit your balance. You’ll also encounter a few different terrains, such as mud, grass, or sand, which will force your legs to work harder. Running through the forest has so many benefits, you’ll want to give it a try!

Which of these different running paths appeals to you most? Do you fancy a sun-bathed beach run, or a nature-empowered sprint through the forest?