I have toyed with the guitar for many years and it was only when I accepted a bit of help from my very good friend Alexander Sabadash that I really turned the corner in my guitar playing. Previously I had been too proud and kind of felt that I could learn alone, but getting a few pointers from someone better than me proved to be a very smart move on my part. With this in mind, I know there are a lot of you who are probably feeling as I was back then, which is why I wanted to offer some top tips which just may help to improve your guitar playing ability. 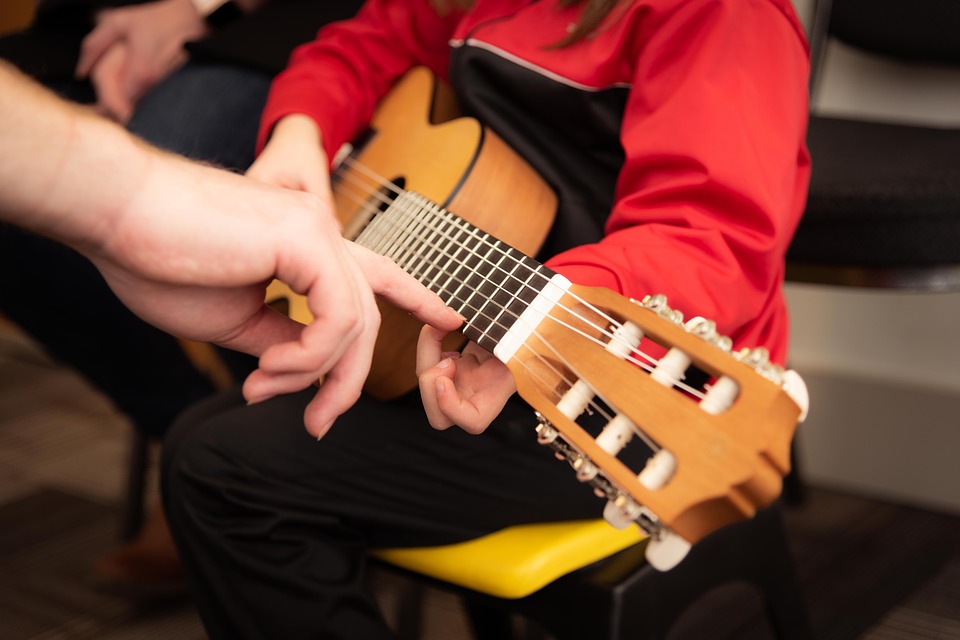 It may sound incredibly obvious to tell you that you must practice in order to improve your guitar playing, but if you are being honest you are probably going to say that you could practice more. To put this into perspective for you, Slash from Guns n Roses practices every single day because he is scared that he will lose the ability to play if he misses a day. Now if it is good enough for one of the greatest guitar superstars that have ever lived, it should certainly be good enough for you.

Blues scales are at the hear of just about every guitar lick and song that has ever been written which is why it makes everything easier when you know this scales inside out. Focus on sharpening up your fingers and learn more about songcraft by focusing specifically on these blues scales. Not only will your dexterity improve, but so too will your ability to play a wider range of songs that incorporate those scales.

Instead of copying off the TV or an online video, or even having to learn to read music, you can learn to read tablature which will give instant access to play thousands of songs. Tablature is like sheet music for dummies, it features six lines which represent the guitar strings, then numbers are written on each line to indicate which fret your fingers should be on. Not only is tablature incredibly easy to read, but there is also a wealth of tabs online which you can find to help you to learn how to play all of your favorite songs.

Something which greatly helped me to take my guitar playing to the next level was a metronome, which is a small device that counts time as you play. I hadn’t realized that I was having difficulty with this but now that I have started using a metronome, my ability to count and time my strokes is far better than it has ever been. These gadgets can be found in any good music shop or online, and they are low cost too which is why you shouldn’t hesitate to get one. You could even get an app on your phone which features a metronome.

Try out these tips and see how you get on.