The 2014-2015 domestic soccer season in England will be memorable for some notable moments and one or two truly amazing games. In the year that marked the 30th anniversary of the worst year in their history, plucky little Bradford City’s amazing turnaround from 2-0 down to win 4-2 at Chelsea in the fourth round of the FA Cup was pretty special. That incredible play-off game between Sheffield United and Swindon that finished 5-5, with Swindon going through 7-6 on aggregate, was a bit of a show stopper as well.

But the drama and the goalscoring feats that were what made those games such stand-out occasions were perhaps all-the-more remarkable because this is the season that, above all, has given us a redefinition of what ‘boring’ means in the English game.

Chelsea’s stroll to the title – they were already downing tools by the time Bradford arrived for their fourth round heroics – prompted, predictably enough, a sharp exchange of views between Jose Mourinho and Arsenal chief Arsene Wenger. So far so predictable. 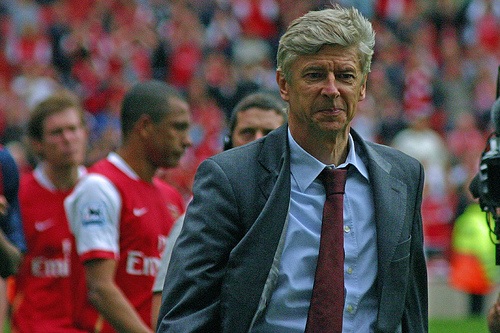 Perhaps what was less easy to anticipate was that the major talking point to emerge from the Blues’ saunter to their fourth Premier league title – their third under the Special One Mourinho – was the definition of ‘boring’.

Football (or soccer) betting is normally more about the winners and losers, the promoted and the relegated, than it is with the quality of the spectacle. But the sad fact is that Chelsea have not had to be especially interesting to have taken possession of the Premier League trophy. In truth it has felt more like an Amazon delivery than a sporting contest. It was just a mundane matter of when it would plop onto the mat.

Diego Costa’s spikey goalscoring presence did liven things up before Christmas, but it is an inescapable fact that a team that includes Cesc Fabregas and Eden Hazard and still manages to be accused of being dull is short changing someone – even if it is only the poor penniless broadcasters who have handed all their lolly over to the Premier League.

Was Wenger justified when he called Chelsea boring? In fairness he had seen the champions-elect shut down a game from first to last in order to walk away from the Emirates with a 0-0 draw. But the Frenchman is not the only man wishing Mourinho’s side could have done a bit more for the box office this season.

Not winning a title in ten years might be tiresome for Gunners’ fans, but you would have to have been living under a very dark rock to describe their football – and the trials, tortures and tribulations of poor old Arsene – as in any way boring. Arsenal’s title-less decade has had an epic quality that has been grand in its scope, scintillating in terms of the attacking football played, and habitually hamstrung by the fatal flaw of a manager too stubborn and too idealistic to bother about anything as dull as putting a decent defence together. It has made for compulsive viewing.

Sadly, Chelsea’s charmless offensive has carried the field this season but that is not entirely their fault. Who else has put together nine months of football that has even remotely tested them? Chelsea, along with the Premier League and those poor out-of-pocket broadcasters need the likes of Liverpool, Manchester United, Manchester City and Arsenal to be a lot less interesting and a lot more memorable for the right reasons next season.