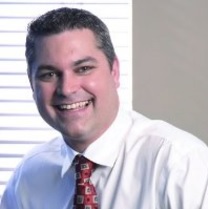 Following the resignation of Kevin Hurwitz in October 2014, the Wonga brand, who offer loans online via wonga.co.za underwent an extensive search for an ambitious, experienced leader who could take the brand forward, implementing a fresh set of values including a new level of transparency for customers and heightened responsibility towards borrowers.

Van Aswegen’s curriculum vitae certainly marks the new CEO out as a prime candidate for the role, with many anticipating an entirely new approach to short term lending at Wonga as a result of the latest change in leadership. With 12 years at furniture retailer Lewis under his belt, Wonga South Africa‘s new leader has significant experience to his name.

But Brett van Aswegen has not limited his career to the Lewis Group. Wonga’s new CEO, who took up his new position in April 2015, began his professional journey in 1994, joining the Edcon Group’s credit division. He later went on to take a role in retail banking, briefly filling a position with Standard Bank.

In 1999 his tenure with the Lewis Group began, initiating a long, twelve year relationship with the company. Throughout his time with the company van Aswegen steadily climbed the corporate ladder, rising to claim his place on the board as credit risk director in the space of just seven years.

Following his departure from the Lewis Group, van Aswegen briefly worked with HomeChoice as operations director, before landing an innovative role with consumer finance business afb as director of cards. From his position at afb, Wonga’s new CEO was able to successfully steer a team of over 500 employees as the company became the very first business to develop a retail credit card operation in Kenya.

It is this clear innovative, entrepreneurial approach to credit and finance which is thought to have influenced Wonga’s hiring decision. With a rebrand and a full revamp of processes well under way, both in South Africa and in the UK, the world’s best known online payday lender is ready for change, and van Aswegen is set to be the face of this change in South Africa.