Plenty of us have fond memories of tuning in to Pimp My Ride after school to watch some feel-good tales of old bangers being polished up to impossibly fantastic automotive heights. Even the most run-down set of wheels could seemingly be rescued at the hands of West Coast Customs, and each car was kitted out with the most over-the-top and extravagant features.

The transformations were, of course, half of the fun — and the more ridiculous, the better! 24-inch spinners, a champagne cooler, and flip-up mini-televisions in the back were a staple addition to each and every car which rolled out the doors of West Coast Customs. The show may no longer be on the airwaves, but we can assure you the world is still littered with body shops willing to spray any possible colour and mechanics ready to fit massively oversized Eibach springs.

A slight drop back to reality, however, in that many of the cars featured on the show were not deemed roadworthy. That said, with the aptly named ‘staycation’ on the rise throughout the UK, we thought we’d take a look at some of the slightly more adventurous campers, who’ve gone above and beyond, ‘pimping’ their rides and creating a travelling home that stays within the legal boundaries.

Out on the road 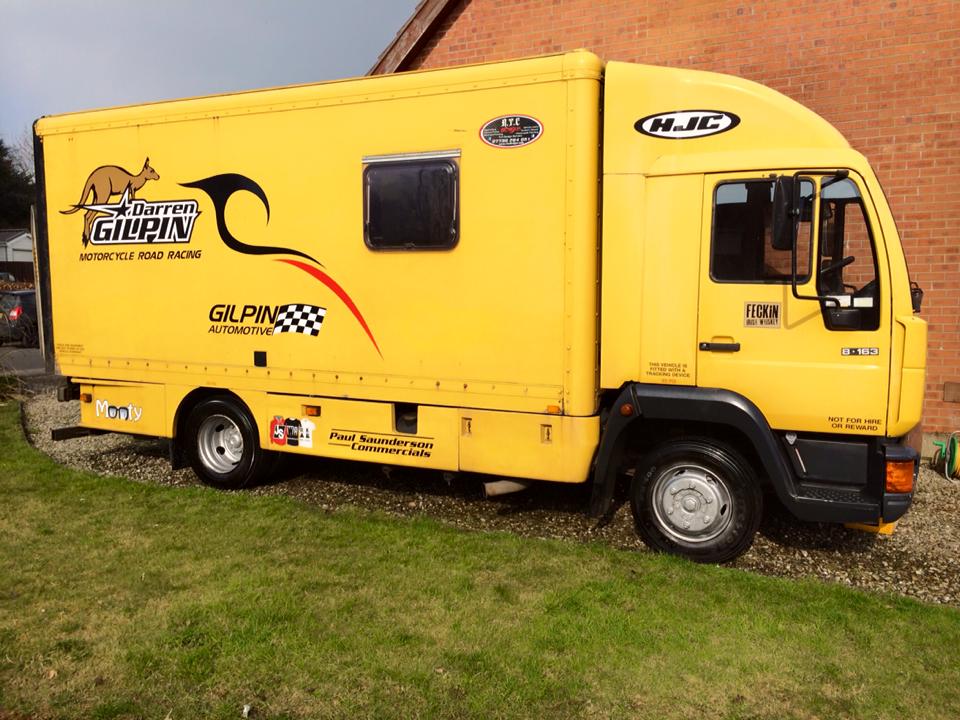 Sometimes, sleeping in a standard van just won’t cut it. Having spent years on the road, committing to his passion of road racing, Northern Irishman Darren Gilpin, got to the stage where he had enough of sleeping in the back of his van. Unlike other motorbike riders who were supported by major sponsors and teams, Darren was self-funded, which meant he didn’t get a race truck, or a double bed. With a few thousand pounds in the bank going into the 2013 season, he bought a dilapidated MAN horse box. Transporting the bikes to and from the racetrack was the priority, so he built a partition wall in the rear of the truck. In the back he built a full workshop with a tail-lift and ramp that could negotiate four full-size bikes. In the front half, he built one double bed on the ground, two-fold singles which fell from the ceiling, a full kitchen, and the piece de resistance — a fully stocked bar, complete with various optics. Remembering a gas bottle for caravans was an essential however, if the baked beans were going to be consumed warm. 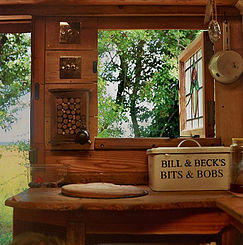 It’s a dream of many to simply have the time to get away for a moment and gaze at the night sky in peace. But, in most instances, due to light pollution, we simply cannot do this. Bill and Beck Goddard are here to provide you with that opportunity. The couple, who reside in Herefordshire, have combined their love for textiles and woodwork, developing numerous campers, and they will do the same for you, if you want to get away from it all and travel the country. One of their stand-out projects of late is a Mercedes Sprinter which has been completely renovated. Taking a shell, they have fitted a various storage spaces, a full-oven, space for four sleepers, and an awning. And the awning, or even the back doors is what allows you to pick your spot in the country, kick back, and simply enjoy your surroundings — star gazing the night away. 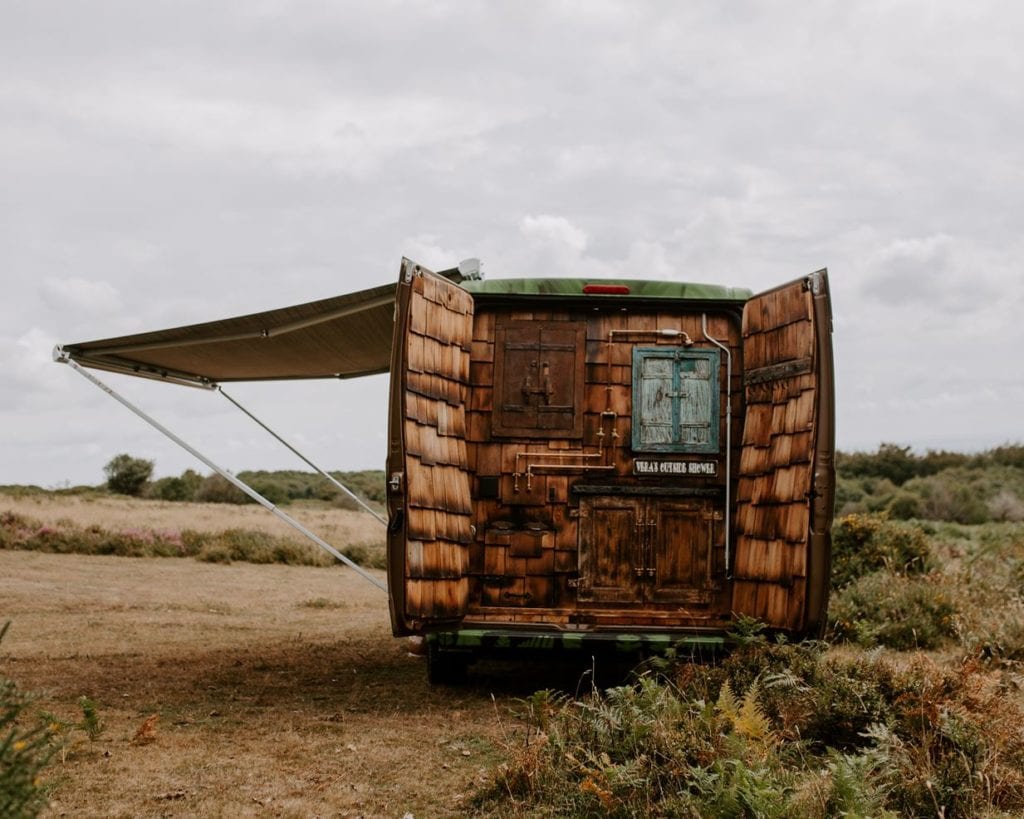 This next one is so much more than just a van. Unlike anything else you will ever see, the Peugeot Boxer promoted is just one van by Quirky Campers that exist as a simply breath-taking piece of art. The designers have described the 2013 van as ‘having just stepped out of a fairy tale’. Complete with a full-sized wood burner, you do not have to be concerned of a chilly night. Originally renting out their van Bella, when they volunteered in Africa, husband and wife team of David and Lindsay have managed to create a collective of ‘staycation’ delights right through the UK, including options available for Glastonbury festival.

The above are only a handful of successful caravan conversions from the UK. However, the journey can start with you. Take inspiration from the travel enthusiasts Katie and Ben who built their dream camper in a week. The couple, despite being on a budget, still managed to add all the necessities required. Katie notes how ‘luxury wasn’t present, but we had everything we needed — it was cute, functional and comfortable’.

The stay-cay can be done today, you just need to decide on which way you are going to sway.