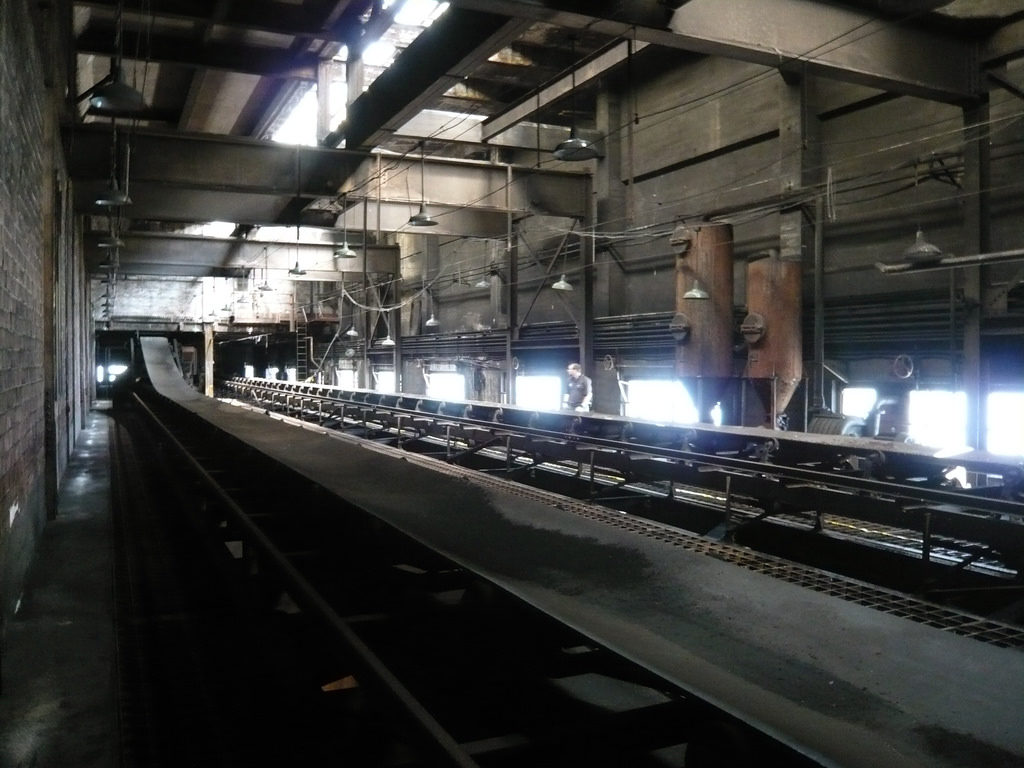 In 1913, iconic car manufacturer Henry Ford brought in conveyor belts to his production plants and this move caused a sea-change in mass-production. The conveyor belt has, in the century-and-a-bit since then, become the workhorse of the shopfloor, from uranium mines to postal sorting offices.

Ford may have been the bringer-in of mass-production with the help of conveyor belts, but he wasn’t the inventor, or even the first to use them. In the late eighteenth century, mines and railyards were using basic conveyor belts. These belts – made from leather and thick canvas – weren’t as good as the ones we have today, but they were still more efficient than chains of people. It was Ford’s inclusion of conveyor belts in his factories that made them catch on and become a mainstay of our industries.

Assembly lines haven’t changed much down the years – they still have a conveyor belt flanked by workstations, where people stand to perform their jobs. However, these jobs have become more complex over the years – think of the intricate components needed to make most of our appliances and devices now. This is why in some industries, people have been replaced by tireless and even laser-guided robots – these automated workers make sure that everything is done to a strict routine and every product is of uniform quality. Of course, we still need people to oversee things…for now…

Conveyor belts are simple devices, really, they exist just to move objects and materials from one point to another. They enable complicated manufacturing processes though – components are almost infinite in variety and they may use materials that have been shipped in from all corners of the globe. Throughout all this, conveyor belts have done the same job, although they’ve become more reliable, with companies like Renold.com producing high-quality models that can last for years.

This simplicity and singleness of purpose means that the conveyor belt soon made its way out of the car factory into almost every other industry – food production, mining, farming and recycling to name but a few.

In the two centuries that the conveyor belt has been with us it’s evolved and improved. There are no more canvas belts; now we have tough, flexible belts made from steel or specialised rubbers. The metal belts can be flameproof, magnetic or even conductive, in order to assist in more complicated manufacturing processes.

Some of the more advanced modern belts can help human workers by monitoring and sensing the weight, position and orientation of the objects they move. This means they can rotate them and space them out in order to process them faster. Some belts have sensors that sort objects into size or type so that they can be sent to the right next stage.

Belts will carry on evolving

This machinery will carry on developing, as new manufacturing processes come along, as well as new rubber compounds and different sensors are developed. Conveyor belts aren’t going anywhere for the foreseeable and they should carry on getting better and better.