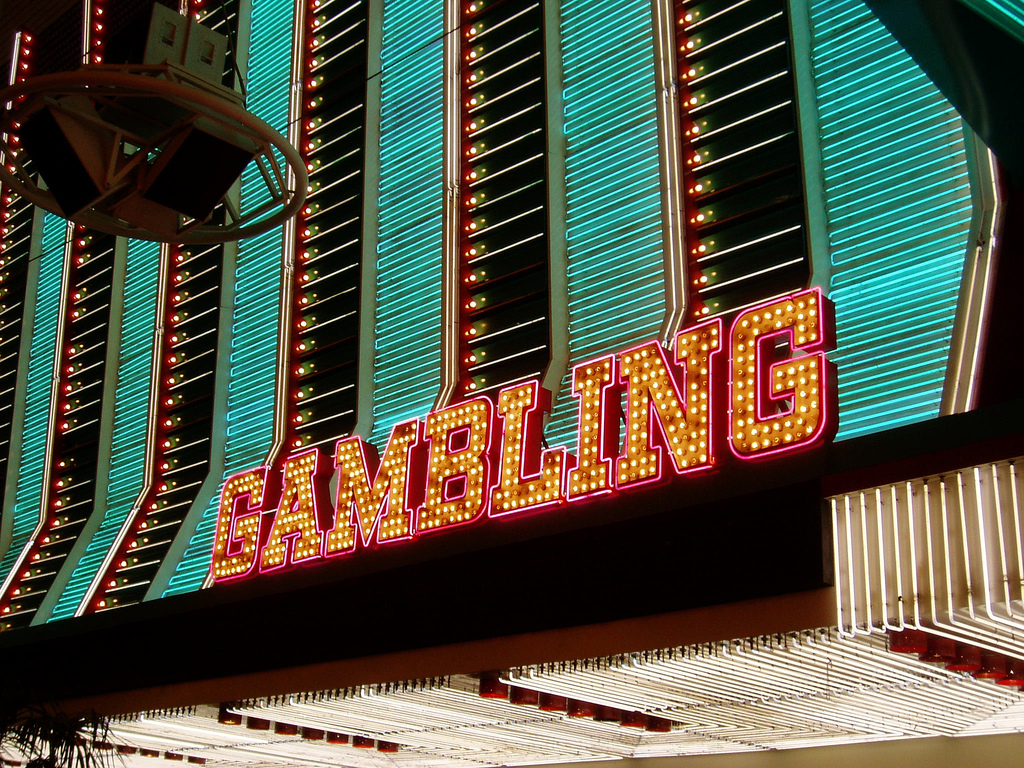 There’s no such thing as bad publicity. At least, that’s what countless brands and advertising agencies will have you believe. Whether it’s the famous Benetton ads from the 80s and 90s, Calvin Klein’s attention-grabbing clothing campaigns in the 90s or the strangely terrifying anti-smoking adverts that ran in the early 2000s, shock tactics are a firm favourite in terms of getting your attention, keeping the brand in your psyche long after the ad is over.

So here are 5 clever but controversial ads from the Casino Industry.

A recent video from Australian Sportsbet featuring Olympic sprinter Ben Johnson – who was disqualified for steroid use – to advertise its new Android app was a not so subtle reminder that betting companies like to get in on the action too.

While it may not be wholly appropriate to use the slogan ‘putting the ROID in Android’ it certainly garnered Sportsbet some attention. The fact that the ad was pulled is almost inconsequential.

While it may not be wholly appropriate to use the slogan ‘putting the ROID in Android’ it certainly garnered Sportsbet some attention. The fact that the ad was pulled is almost inconsequential.

In honour of this latest controversy here are five more times that betting companies have got it wrong. Or right, depending on your love of controversy.

Irish bookmaker, Paddy Power isn’t one to shy away from controversy. Whether it’s showing Jesus and the apostles gambling at the last supper, shooting ‘chavs’ at the Cheltenham Festival or showing a cat being kicked up a tree by a blind footballer – yes, really – it’s fair to say that the betting giant isn’t afraid push the limits.

How do you go further than that? Think old ladies crossing the roads and a truck barrelling towards them. When the company’s ‘Let’s Make Things More Interesting’ campaign launched in 2001 it immediately courted controversy.

The accompanying advert showed two elderly ladies slowly crossing a road in the face of oncoming traffic, with bubbles displaying odds next to them. What Paddy Power was implying needed little explanation, and it wasn’t to everyone’s taste. Hardly unsurprisingly UK charity, Age Concern voiced its concern and, after receiving more than 50 complaints, the UK’s Advertising Standards Agency (ASA) pulled the ad.

Paddy Power, presumably forgetting it’s rather public penchant for controversy for a moment, claimed that it was actually betting on who would get across the road first. Yeah, right…

If you claim to have one of the best poker faces in the world, then you’d better be able to back it up. In any situation.
That’s what professional poker player Phil Ivey does in Full Tilt’s controversial, but pretty darn funny poker ad.

The banned commercial shows Ivey – renowned worldwide for his winning poker play – enter his home and walk to his bedroom only to find Mrs Ivey, ‘enjoying the company’ of another man. And we mean, ‘really’ enjoying.

Is Ivey angry, or shocked? Who knows. Ever the pro, he maintains his steely poker face, even when a second shirtless guy strolls in and tells him to ‘get to the back of the line’.

Quite how a poker face would really benefit you in a situation like this remains to be seen. Needless to say someone found the ad offensive and it was promptly banned from TV.

Whether you’re easily offended or not, you can’t deny it’s a quite hilarious addition to the list.

William Hill being too sexy

Sex sells. We all know that. And it’s a fact that countless brands and advertisers use to their advantage to sell you everything from perfume and clothes to food, household products and pretty much everything else in between.

But think sexy and it’s pretty safe to assume that first thing that pops into your mind isn’t a high-street bookies. And if it is, well, keep that to yourself.

However, when William Hill launched an ad campaign for its new live casino in 2013 it was deemed by many, including the UK’s ASA, to be too sexy.

The 30-second TV ad starts with us gazing into the eyes of a female live casino dealer before the camera pans – at a fair rate of knots – down her chest to settle on a roulette wheel, some casino chips and paying cards.

What’s sexy about that you may ask? Well, according to the ASA the fleeting glimpse of the woman’s chest was enough for it to pull the add – it concluded that too much focus was put on ‘sensual parts’, which was in breach of advertising regulations and linked gambling with seduction.

William Hill predictably fought the ruling, saying that the models in the advert were dressed in a ‘tasteful and professional’ way. Take a look and judge that for yourself.

We’ve all been there. You want to be noticed, you’re trying to impress people and stand out from the crowd and, well, sometimes you just take it a little too far.

It’s something that TigerGaming knows all about. The company, which offers online poker and casino games, clearly had an eye on Paddy Power when devising its ‘Dead Pool’ advertising campaign.

The one and a half minute ad shows a dying man lying in his hospital bed surrounded by family. A doctor and nurse enter and, after checking the patient the doctor somewhat unexpectedly says his chances of making it through the night are just 3-1.

Cue an uncomfortable silence that’s only broken by the nurse declaring “I’ll take that”, swiftly followed by the man’s family who suddenly seems keen to wager their hard-earned too.

You know where this is going… Shortly after, machines beep and the man dies leaving everyone – including his family – forgetting their grief and, instead celebrating winning their bets. This is followed by advertising of 7 Card Stud, Texas Hold’em, Guts Poker, Chinese Poker, Omaha and Black Jack – All definitions can be found here. Before this it reads “You win some, you lose some” declares the ad in a somewhat cold payoff.  Tiger, you took it too far…

Why is this approach so effective?

There are two distinct answers, the first is that the shock value, it simply stops you in your tracks and evokes a feeling shock or disgust, this feeling lingers and often encourages you to share this with friends, family and/or colleagues, they intern share your shock and share this and so it becomes viral.

The second approach is focused on ‘the takeaway’ approach, the reward angle. This approach is focused on providing the viewer with a feeling of reward when they ‘get’ the advert and others might not? At this moment, Paddy Power is running a controversial ad in which Theresa May is turned into a ginormous poster with two fingers at the French and Europe, apart from being a massive jib at Europe it has prominence in our History with the French too – That is the takeaway a great little tongue in cheek statement that really hammers home the message to Europe over Brexit.

It is fair to conclude that if an advert provokes a reaction it has worked and beyond that, if the causal effect is that you share the experience, then this is the difference between 1 dimensional and 3 dimensional advertising! – Will this work for your business? You decide but one thing is certain ideas sell so always push the envelope…