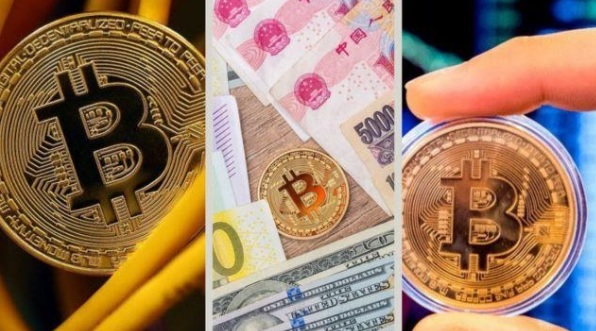 Unless something drastic happens, it’s safe to say that cryptocurrencies will become the go-to option for online payments in the future. Even though digital currencies have been around for a few years, they have already made a massive impact in many countries worldwide.

Things like Bitcoin and Ethereum are becoming more popular by the day because their price increased dramatically. As a result, they became an interesting option for investors, speculators, and regular consumers.

Even though many things make cryptocurrencies great, there is one major drawback that you have to deal with, regardless of which digital currency you choose, and that’s volatility. Thanks to the big upswings, many have made millions of dollars, whereas others lost even more than that.

Let’s take a look at five reasons why cryptocurrencies are so volatile.

1. The cryptocurrency market is new

With more than 4000 different digital currencies to choose from, it’s not hard to see why there is a list of online crypto casinos where you can use all sorts of options. Even though there are so many alternatives on the market, cryptocurrencies are still relatively new because they haven’t been around as long as fiat currencies and gold.

The fact that the market is still small compared to the stock market and gold means that even the slightest “forces” have a drastic impact on the price. For example, if an investor decides to sell 200 bitcoins simultaneously, this will have a massive effect on the market.

2. Most cryptocurrencies are developing all the time

Even though some people might think that we have discovered everything about cryptocurrencies, this isn’t the case. The entire Blockchain technology is still in its early stage of development. This means that there will be many more changes in the future, which will inevitably affect each digital currency’s price.

Whether we like it or not, social media plays a vital role in our everyday life. Platforms like Instagram allow people to make a living by advertising various products. That’s why it doesn’t come as a surprise that social media has a massive effect on the cryptocurrency market.

Many platforms have a role in the price of Bitcoin and other digital currencies, but Twitter is probably the most popular one. People like Elon Musk tweet about cryptos all the time, which usually has an effect on their price.

Similar to the stock markets, many people are into cryptocurrencies because they want to make money. They don’t care about the other benefits that come along with things like Bitcoin, Litecoin, Ripple, etc., because they only want to make the most amount of money possible.

The fact that cryptocurrencies are volatile means they attract many speculators because they are hoping to buy something before the price goes up or sell it before it crashes. In both cases, this has an effect on the overall market, at least for now.

5. Most cryptocurrencies are not backed up by any physical currency

The last reason why almost every cryptocurrency is so volatile is due to the fact it is not backed up by any “real” currency. In other words, the price depends entirely on supply and demand.