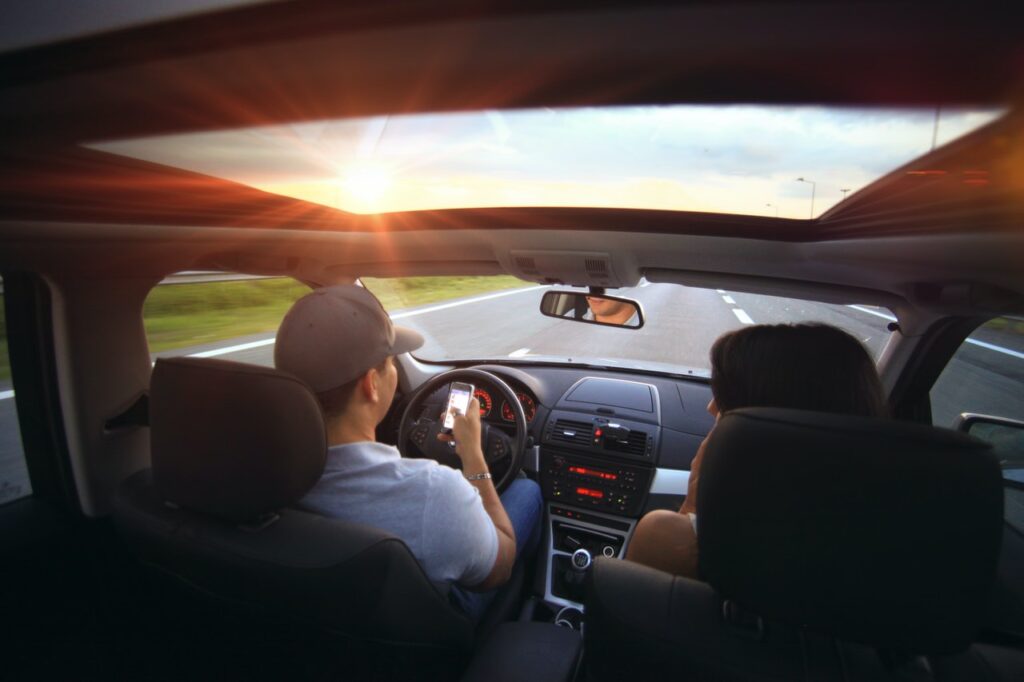 There isn’t a day that goes by where there isn’t a car accident somewhere in America. There are many different reasons for these accidents, from reckless driving behaviours like speeding or running red lights, to irresponsible actions like driving while intoxicated. Those are, for want of a better word, classic bad driving behaviours; one of the more recent kinds of bad driver behaviour, and also one of the most insidious, is texting while driving. It would seem obvious that when a driver takes their eyes off the road and one hand off the wheel that it would lead to trouble, but nonetheless hundreds—if not thousands—of people engage in that behaviour.

If you were in an accident caused by a driver who was texting while they were driving, then you are eligible for compensation from their insurance company. The only caveat is that you will need to prove that they were texting while driving, which is not as easy a task as proving that someone was driving while drunk. However, an experienced personal injury attorney can make that task a little easier, which is why you need to get in touch with one after you have experienced a car accident. If you want to learn more about the dangers of texting while driving, then there are several resources on the internet that you can check out.

What Are The Dangers of Texting While Driving?

The dangers of texting while driving are so well-known and widespread that most states have banned the practice. When you consider that a driver who is texting while driving is even more dangerous than most drunk drivers, it is easy to see why it is so dangerous. Deaths from texting while driving make up 9% of all traffic deaths. That may seem like a small number but it is still hundreds of thousands of people. When someone texts and drives, it increases the time they spend not looking at the road by 400%; that makes it 23 times more likely that they will get into an accident.

The reason those numbers are so high is that if someone takes their eyes off the road for just 5 seconds while traveling at 55 MPH, they can travel the length of a football field in that time. That is one of the reasons why texting while driving is just as bad—and in some cases worse—than drunk driving.

How To Prove That Someone Was Texting While Driving

If you are intent on getting the compensation you need after a car accident, then you will need to prove that the other driver was exhibiting negligent behaviour that directly caused the accident. In the case of texting and driving, you will need to contact the police right after the accident. Once they arrive on the scene, you should tell them that you believe the other driver was texting when the accident occurred. The officer will attempt to corroborate this and if they can, then they will issue a citation to the driver, which they will record in the official police report of the accident. Your attorney can then request a copy of this record to use as proof in your settlement claim.

If you need more concrete evidence, then your lawyer can issue a subpoena to get the driver’s cell phone records from their carrier. Those records will show exactly when they were using their phone, meaning that you will be able to prove that they were texting when the accident occurred. The driver cannot easily claim that they were speaking on the phone instead of texting because most cell phone companies can differentiate between the two actions. Surveillance cameras in the vicinity can also offer incontrovertible proof that a driver was texting right before they caused the accident.

A Personal Injury Attorney Can Help You With Any Car Accident

No matter the nature of a car accident, a personal injury attorney is a vital ally to have by your side, especially if the accident was not your fault. In the case of texting while driving, you will definitely need an attorney because they will be able to prove that the driver was engaging in that action even if they deny it.

Only an attorney can subpoena the driver’s cell phone records that can show what they were doing at the time of the accident. So if you were in an accident caused by a driver who was texting when they should have been paying attention to the road, then make sure to contact a personal injury attorney as soon as possible.