The political arena attracts all kinds of people. They’re drawn by the promise of power, excitement, and the chance to make a substantive difference in the world. But not everyone who wants to work in politics is cut out to be a politician. Fortunately, there are lots of political career paths that don’t involve getting up in front of the press’ cameras. Here are four jobs to consider if you want to want to know how to work in politics but don’t want to be the center of attention.

For every politician at the national and local level, there are numerous staffers working busily behind the scenes to coordinate their pol’s schedule, research issues, write bills, communicate with voters, meet with the media, and more. These jobs vary in responsibilities, salary, and qualifications. But if you’re interested in being involved in the legislative side of politics, a master’s degree in political management, like the one offered through GW Online, will show prospective employers that you’re serious about being an asset to the team.

If you want to work in politics and have experience in a particular area, like public relations or fundraising, you might make an excellent campaign consultant. In this role, you’ll provide strategic guidance and functional support to a candidate. Consultants often start by working for a candidate on a volunteer basis, and upon demonstrating their value, are promoted into higher-ranking positions in the organization. If the candidate you work for is elected, you may join his or her staff.

You don’t have to work for the government to have a career in politics. Lobbyists work in the private sector, representing the needs of industries, issues, and organizations in the legislative process. This is a good option to consider if you have a background and network of relationships within a particular industry or cause you care about. Lobbyists are part of the political process at the state and federal levels, and qualifications and compensation vary widely. In addition to education and work experience, you’ll need to register as a lobbyist in order to do the job legally. 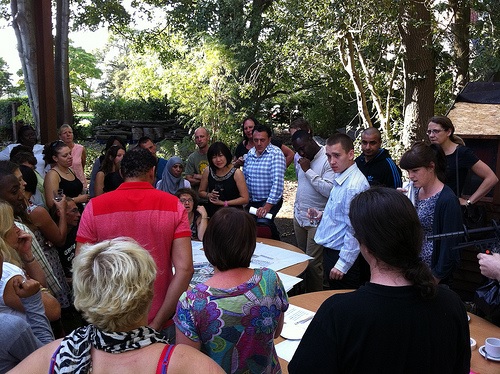 The presidential candidacy of Barack Obama made “community organizer” a household term, but what does it mean? One way to think of this role is as a lobbyist for a community or neighborhood. Community organizers work to ensure that, in the big-business world of lobbyists and consultants, the public’s needs are not forgotten. Organizers develop specific goals, build action plans to achieve those goals, delegate tasks, and facilitate communication between groups who may be having a hard time finding common ground. This career path often attracts grassroots activists and people with experience in the nonprofit sector.

While most people associate politics with candidates with perfectly coiffed hair and catchy slogans, most of the real work is done by people whose faces the public rarely sees. If you’re drawn to a career in the political realm but don’t want to see your name on the side of a bus, a career in one of these supportive roles may be just what you’re looking for.