When we fly, we all have the same worries — have I forgotten something? Am I going to be sat in front of a kids who kicks seats? Is the food going to be horrendous?

Food while travelling, specifically airline food, has long held a reputation for being sub-par at best. But is this an outdated concept? Is the food on offer getting any better? We’re going to explore the food on offer, by land, sea, and sky, to see what changes are happening with our travel food. 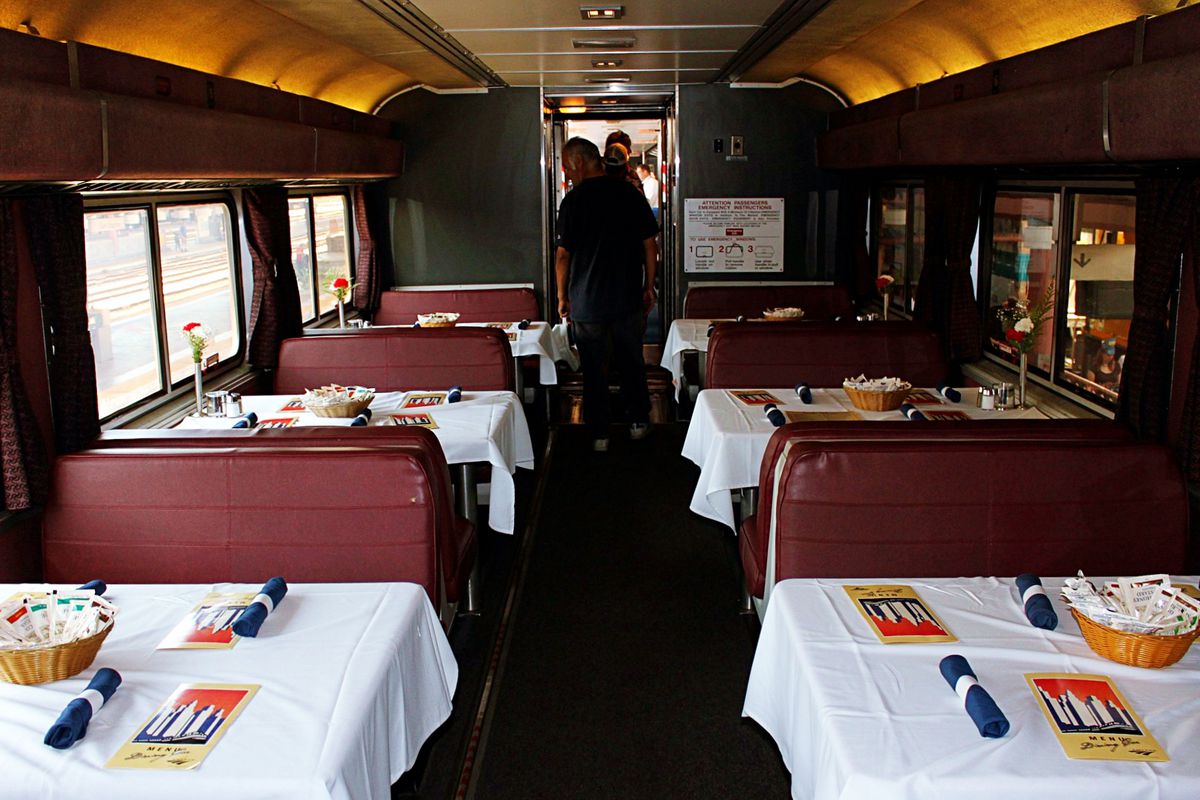 When we think of railway food, we envision a trolley squeezing down the aisles, serving average teas and coffees, and wildly overpriced crisps and snacks. Unless you’re travelling in first class, crisps and biscuits and dry sandwiches are about all you can expect from train travel. And that’s if you’re lucky (or unlucky, depending on your view), as many services have axed their on-board trolley services.

Many foods on transport lack sustainability (read: a lack of business) as the reason behind the decision to scale down or remove the catering service on their trains. There’s simply no reason to pay so much for a sandwich or packet of crisps on-board the train when the same, if not better, food exists a throwing distance from the train at a slightly lower price. Train stations are filled to the brim with all kinds of outlets, and it’s not just Burger King and WHSmith on offer now. For many of us, it’s no trouble to pack our own food and bring that with us or grab something on the way to the platform.

If you’re riding first-class, you’ll be treated to a complimentary menu most days, and at the very least some selection of snacks like mini pretzels, crisps or biscuits. But as the Telegraph posits, the array of food often doesn’t come to much, and when you consider the price difference between a standard and a first-class ticket, you’re technically paying for the food you’re eating and then some.

The Tab’s Annie Lord tried to make a profit from her £49.00 first-class ticket via eating and drinking the complementary food. Two hot drinks, six gin and tonics, one apple juice, one Pepsi, one cake, one bag of nuts, a bag of crisps, a piece of fruit, a salad, and a few snacks later, Annie made a profit of £5.65. A victory?

Travelling on the oceans is certainly the least popular, so that might be why we hear so little in the ways of criticism for sea-based cuisine. Or perhaps it is because space isn’t so much an issue on a ferry as it is on a plane or train — you tend to find a good array of restaurants and food services on a ferry. The quality isn’t so much an issue as the price, with many advocating taking your own food with you in order to avoid the ever-present expense of travel-based food.

The most debated travel food provided. Or, indeed, the questionable meat floating in a generic gravy waiting to be poked at with a plastic fork alongside the polystyrene cups provided.

With technology allowing us to have a video call with people halfway around the world, where we can tell our boilers to spark up and heat our homes before we get home from work, why can’t we cook a decent meal in the sky? We’ve not only sent men to the moon, we presumably fed them on the way there and back. How hard can it really be?

However, airline food surely isn’t that bad — the number of meals required in a very small space must be a challenge. The largest independent airline food provider makes 685,000 meals every day, says The Guardian, giving a whole new meaning to ‘fast food’.

Airlines don’t have the capacity to dish up pomegranate-glazed lamb or chilled prawns with an aioli tarragon sauce. In fact, back in the 1950s, before the dawn of flight classes, meals were ridiculously flashy, with charcuteries featuring in the aisles of the then-smaller planes. But then it occurred to airline businesses that they could split flight classes and offer this lovely grub to the first class flyers, and less-expensive food (or none at all) to economy class. Even with technology like sous-vide allowing for food to be vacuum-sealed and slow-cooked to keep it tasty even when cooked in the air, technological advancements in airline food don’t often filter down to economy class plates.

Ultimately, it comes down to sales. The huge variation between economy class food and first class is designed to encourage people to want to pay more and upgrade their seat. For those with frequent flyer points, many choose to spend their points on seat upgrades rather than a free ticket, and as Business Insider notes, a flight costs an airline more than fancy food does.

Travel food isn’t as bad as it’s made out to be — maybe we should cut airlines some slack. Who knows, maybe we’ll get tastier food over the next few years. What would you like to be served in the skies?