It’s hard to find a person in the city who hates the summer. After the winter we’ve had, everyone’s welcoming the season of sunny days and elevated temps with open arms. But nobody in Toronto loves the summer more than music lovers. After a long winter spent dormant, the city opens up during the warmer months, with back-to-best festivals and special events. As the official epicentre for the best Canadian music fests, Toronto brings in local and far-off visitors to its streets to celebrate the biggest names in music. As the summer crowds fill the city, be sure to get your tickets sooner rather than later, or you’ll be nursing cool disappointment over missing the hottest musical acts of 2016. 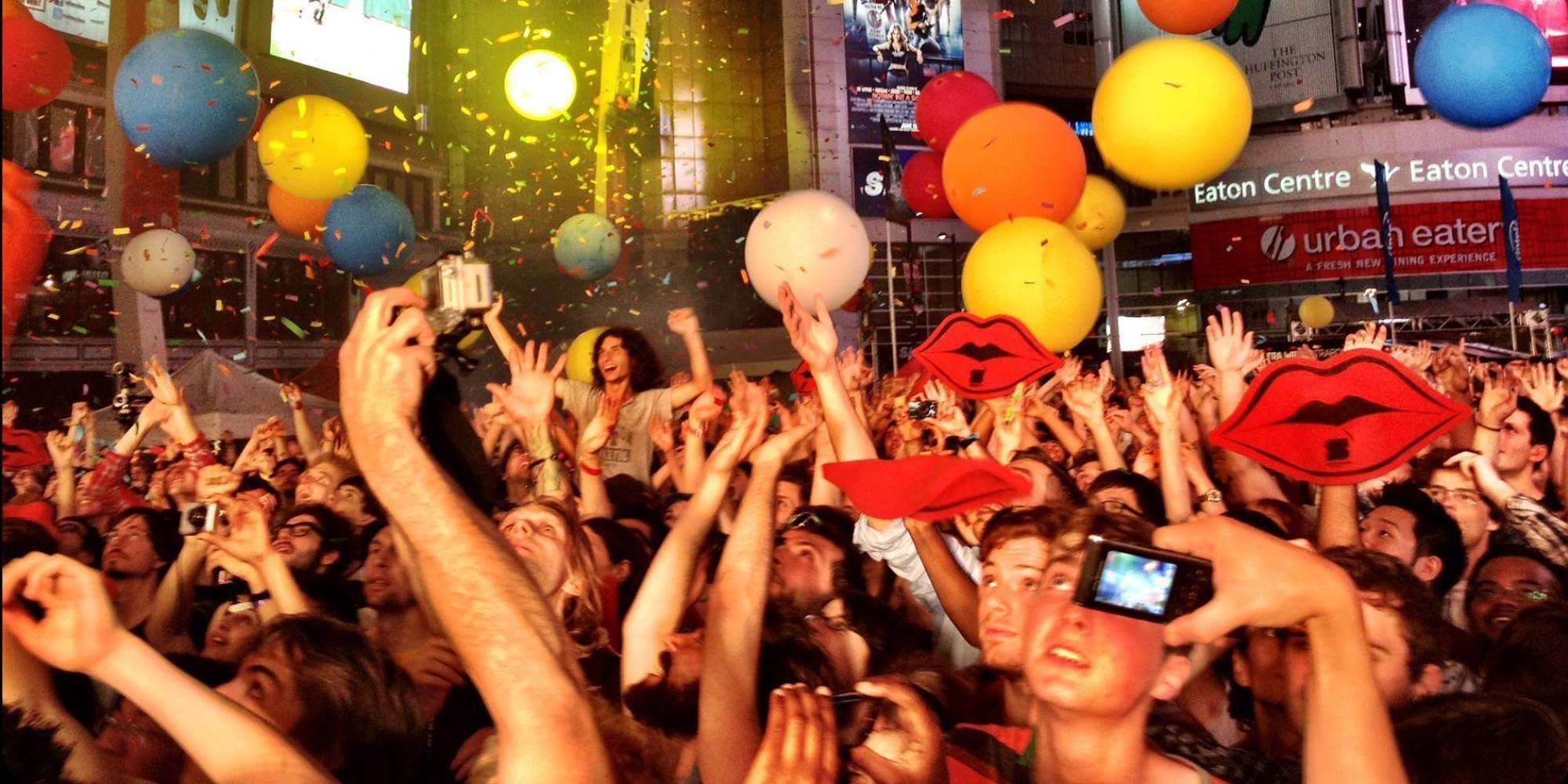 Field Trip
Historic Fort York & Garrison Common is the backdrop to the coolest celebration of Canadian-grown and international artists. Unlike the boring field trips of your youth, you won’t need a signed permission slip to attend Toronto’s annual downtown festival on the weekend of June 4. As long as you have a ticket, you can explore the weekend-long event centre around world-class music. With performances from Robyn, The National, and Santigold headlining Field Trip, the lineup is pretty solid. But if you’ve gone to Field Trip before, you know it isn’t just about the music. As a festival celebrating the community’s artists, you can expect to find the best of Toronto’s chefs, designers, and comedians padding out the schedule in order to create the full summer festival experience.

The 22nd annual NXNE (North by Northeast) festival takes place over 7 days this June, celebrating the best in visual art, comedy, film, and – of course – music. As Toronto’s foremost music and arts festival, artists from around the world travel to perform at over 50 music venues in the city. Known for giving a stage to emerging artists as well as established musical acts, it’s the ideal event for music lovers. Usually, these bands make sure to drop by the city while they’re touring the country, North America, or the world at large, and they often stick around to see their fellow performers for themselves. While taking a break in the city, it’s the perfect time for them to take inventory of their equipment and see if anything needs repairs – or replacements. It being the Great White North, there’s no music store Toronto musicians prefer better than the one that’s been in business for over 50 years. Any Long & McQuade music store in Toronto is prepared to help a touring band restock after a long journey. With the likes of Father John Misty, Ghostface Killah, and Mother, Mother set to hit the 6ix, any number of musicians could be checking out their inventory.

Toronto-boy Drake and his record label, OVO (October’s Very Own), bring the biggest names in rap and hip hop to the Molson Amphitheatre over the Civic Weekend. In a tour supporting his number 1 selling album, Views, Drake will stop by the 6ix from July 29 to August 1 with special guests Snoop Dogg and Wiz Khalifa. Its full lineup is still to be announced, but if it’s anything like previous years – with artists like Lauryn Hill, Nicki Minaj, Kanye West, Jay-Z, and Stevie Wonder making appearances – concert goers won’t be disappointed. The only downside is how quickly the festival sold out. Tickets were gone in under 3 minutes, leaving only those lucky enough to be by a computer at the time to have a chance to see the 7th annual OVO Fest.

It doesn’t matter if you managed to get tickets for Drake’s coveted festival at the Amphitheatre or you’re saving all of your money for a full pass to NXNE: one thing for sure is that the summer is the best time for music lovers across the city. Take the time to search out the other special events and festivals scheduled to hit Toronto this season, and you’ll have the best summer yet.