In many American households where sports has always been a big deal, countless children have grown up knowing the significance of the name Elway.

The surname of famous NFL quarterback John Elway, it signifies a career filled with excellence, capped off with a Super Bowl win with the Denver Broncos.

However, his father was just as important to the development of the game, even if it has not been publicized as much.

Known by his friends as Jack Elway, John Elway Sr. contributed to the development of the spread offense, a stroke of genius which played a big role in making his career a successful one.

In this article, we will cast attention that this man richly deserves, even if posthumously. 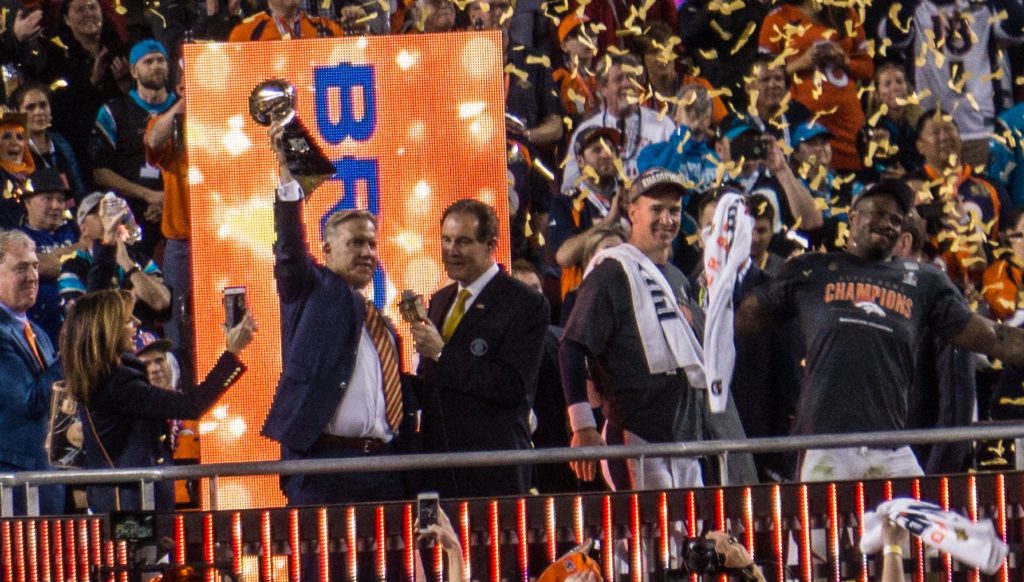 Growing up in the small town of Hoquiam, Washington, Jack became well known for being the star quarterback of his high school football team.

Heading to Washington State University on an athletic scholarship, his dreams for a professional career were quickly dashed, as he suffered a severe knee injury in his freshmen year.

With this chapter of his life brought to a sudden close, he focused on his studies, graduating with a Bachelor’s and a Master’s degree.

Unlike athletes who move onto boring careers after their playing days, Jack Elway found another way to stay involved with the game – coaching.

Moving to Port Angeles on the Olympic Peninsula after college, Jack taught high school and coached their football team starting in 1953.

Serving in the position until 1961, he guided the squad to five straight titles, an achievement which began his record of excellence in football.

Jack quickly moved up through the ranks, serving a five year stint as the coach of Grays Harbor College,  after which he was hired as an assistant coach at the University of Montana.

At this post, he served under the tutelage of his old high school coach, Jack Swarthout. After five years in Missoula, he moved around to other schools, serving as an assistant at his alma mater Washington State from 1971 to 1975, and then at the University of Idaho for five weeks in 1976.

After his brief tenure in Moscow, Idaho, Jack Elway moved to California to take on his first head coaching job in college ball.

Heading up the staff at Cal State Northridge starting in March 1976, he stuck with the team for three seasons before making his first move to a Division I school at San Jose State in 1979.

Four seasons later, he moved on to Stanford, his highest profile post and his last in NCAA college football.

After the 1988 season, he went overseas to spread the game of American football to Europe by becoming the head coach of the Frankfurt Galaxy for two seasons starting in 1991.

After retiring from coaching, Jack Elway accepted a front office job in the NFL, serving as the director of pro scouting for the Denver Broncos from 1992 to 1999.

Two years into his retirement, Jack Elway succumbed to a heart attack at his home in Palm Springs, California. He was 69 years old.