When you think of mosaics, your mind likely goes to Roman ruins! It’s when we learn about the Romans that we first study mosaics, and while they were masters of the art, it’s a mistake to think of this form as merely a part of ancient history. Mosaic is a vital and important ongoing thread in the story of art and today we’re taking a look at it. 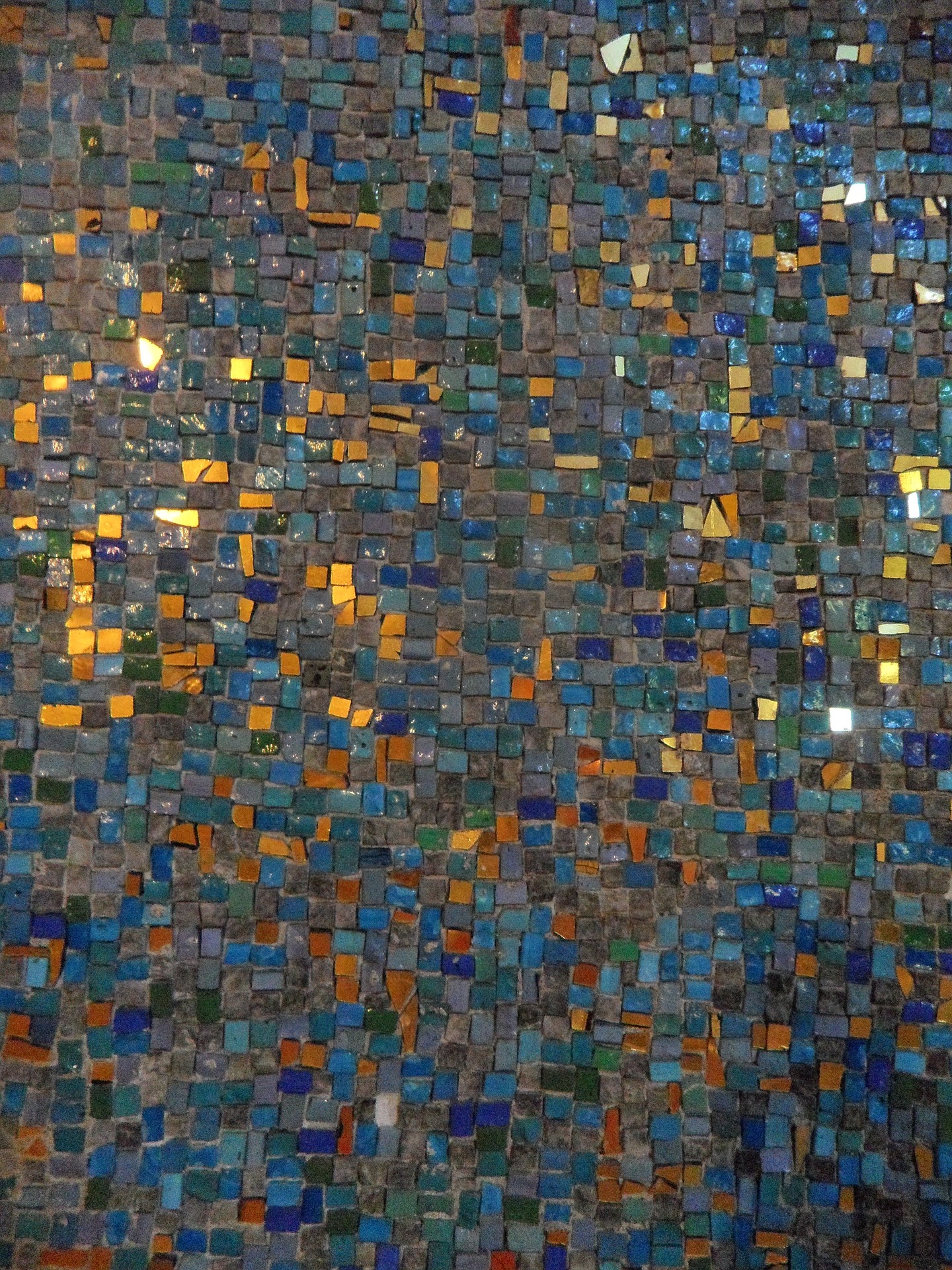 One of the biggest names in the art world to have used mosaic in an extensive project is Zurab Tsereteli. Perhaps best known for his “to The Struggle Against World Terrorism” monument to the victims of the 9/11 terrorist attacks in New Jersey, this Georgia born artist started his career behind the Iron Curtain, under the Communist government.

One of his first big commissions was for a series of bus shelters across Abkhazia, a project which helped to make his name and turn him into the titan of sculpture he still is to this day. He took to heart the brief to bring an artistic, creative touch to the utilitarian project and created a series of surreal, seashell shapes created in concreted and decorated with colourful mosaics. Bright colours and reflective panels adorn the outside of the shells and the mosaics on the inside depict romanticised medieval scenes. Scattered across the former USSR these are well worth a look if your city break takes you near to the site of one.

Mosaic is a fascinating form as it exists at the conjunction of art, craft and industry: to create a mosaic you need someone with a strong visual talent to design the look, the craft necessary to put it together and the industrial capability to make or source the materials. Sometimes these are unified in the same person, sometimes it takes an artistic alliance to bring a mosaic to life.

Bisazza is an Italian company specialising in using modern craft to bring this oldest art form to life. The company partners with the best contemporary artists to find their designs – in this case adapting the fabric designs of Tricia Guild into a mosaic blueprint using computer technology. The glass tiles required are then produced by hand and installed in process that takes weeks using methods used by the Romans. It’s not just artistic inspiration, but industrial grade project management that welds cutting edge technology and traditional techniques into a unified project.