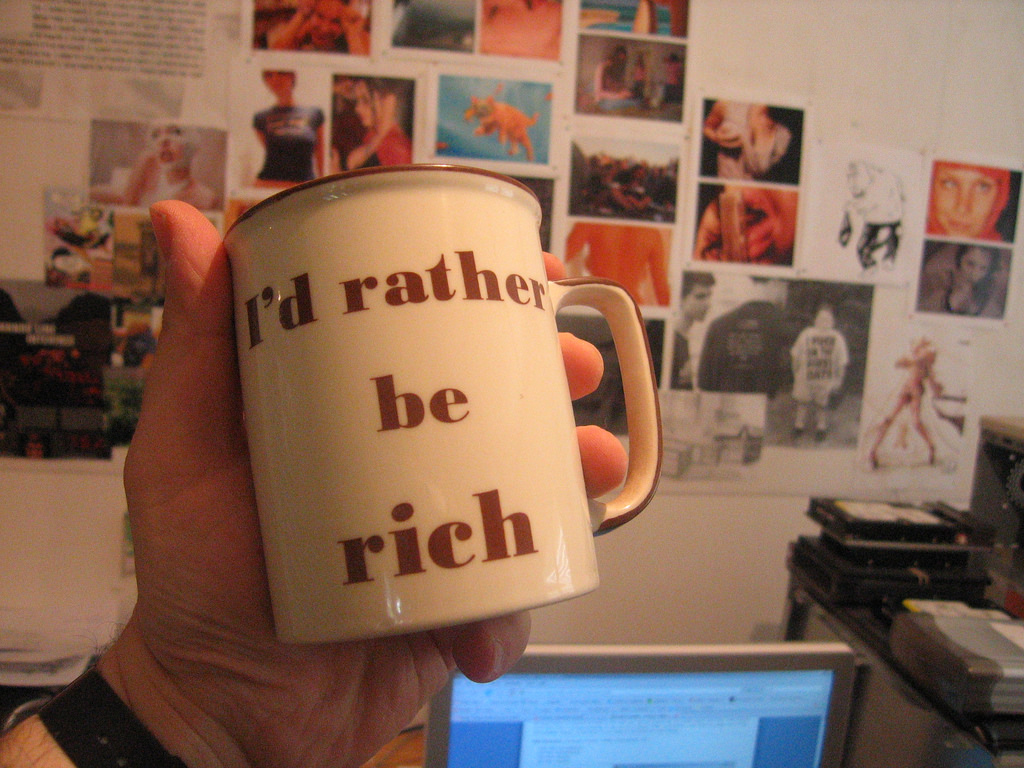 In recent times, the living standards of the working class have slipped significantly, as real wages have remained frozen since the 70s and costs in almost every area have ramped up considerably.

The trend of outsourcing manufacturing and office jobs overseas has been a big driver in this trend, leaving labor markets in developed countries competing for an ever shrinking pool of decent jobs.

What’s more, acquiring these positions almost always requires a post-secondary education, requiring the assumption of massive loans that are not dischargable via bankruptcy.

This has had the effect of increasing economic desperation, civil unrest, drug addiction, and crime. With these effects becoming more pronounced in the 2010s, the problem of poverty has finally found a voice in our national debate.

Larry Polhill was an early advocate for the less fortunate, as he knows what it was like to grow up lacking the things the rest of us take for granted.
He has always believed that poverty is a systemic issue government and business have a responsibility to address, as there are a few key measures they can implement to ward off its worst effects.

In this article, we’ll show you how poverty can be eradicated in the coming generation if we have the will to act.

The next decade will be a challenging time for workers of all collars, as advances in AI, the increasing roll out of automation, and the ongoing outsourcing revolution will make an increasing number of positions redundant.

The introduction of self-driving technology will have the biggest impact, as advances have it poised to replace everyone from taxi drivers to truck drivers throughout the 2020s. Given the fact that transport employs the most people in America circa 2017, this is a big deal.

With few replacement jobs ready to absorb these workers (even fast food outlets will be replacing their workers with kiosks and machine burger flippers), mass unemployment will be an unavoidable result of the latest advances in technology.
This reality means that the concept of a UBI (universal basic income) has moved from being a crackpot socialist scheme to a necessity if we hope to keep the economy from collapsing.

Studies are being spearheaded throughout the world to get an accurate picture of its effects, and how it can best be implemented.

When it is rolled out, the money it pays each citizen per month will keep the most vulnerable from falling through the cracks, fund re-training for those going back to school, and provide a stipend for those looking to embrace entrepreneurship.

2) The creation of affordable housing

Living costs have been increasing over the past generation, but our pay checks haven’t kept up with them. For those just scrapping by, this has squeezed them, banishing many of them to the streets.
Self-empowerment and drug clean-up strategies are goodhearted efforts that many non-profits and municipal governments back, but they have been treating the symptoms instead of the causes of homelessness.

Until the underlying economic causes of destitution can be addressed through initiatives like UBI, building homes, subsidizing them, and moving homeless people into them appears to be the best solution.

Salt Lake City has done this and has managed to greatly reduce its on-street population. In time, they will become one of the first cities in North America to have effectively cured homelessness.

In America, the lack of a universal health care system has crippled those needing even non-catastrophic care, triggering bankruptcy and massive debts that keep people mired in poverty

Additionally, the soaring cost of education has led to the assumption of debts that cannot be discharged in bankruptcy, further acting as an economic anchor and as a force that has depressed living standards in the 21st century.

By making education and health care a right, taxes would go up, but it would save people money in the long-term, as well as vastly improving the life outcomes of virtually all people.