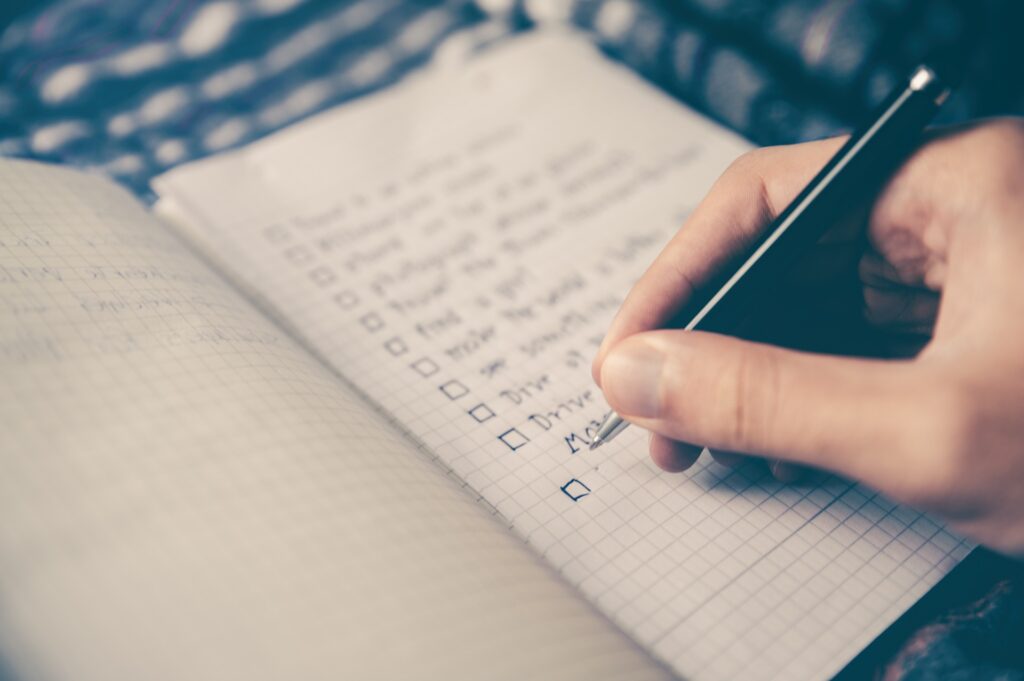 One of the most popular things to bring in the New Year is a “New Year’s Resolution”. A lot of people either write down or verbalize things that they would like to accomplish in the coming year. How many of these resolutions fail to materialize? Let’s look at a few ways to set purposeful goals that are easier to attain.

The saying, “Shoot for the stars,” is quite common but overused. Yes, aiming big is a good way to achieve one’s goals. There needs to be some realism though when setting new goals. If someone has never been to a gym, a goal of going two to three times a week is a good goal. Expecting to start at the gym six days a week and put on massive amounts of muscles almost instantaneously isn’t realistic and can very easily lead to disappointment and abandoning going to the gym altogether.

If someone is trying to save money and makes $500 a week, it’s understandable to aim to save $100 of that. The goal of saving $250 a week when someone’s bills add up to $400 a week isn’t helpful. They might be able to cut a few things down, but one can’t skip out on paying the rent or buying food just because their aim is to save more money. Aim big but be realistic.

Give Yourself Some Grace

Making a mistake doesn’t mean a failed goal. There are so many different factors that can affect someone’s goal. Let’s use the two scenarios from before. Let’s say that someone comes down with the flu and is unable to work for two weeks. It’s extremely unrealistic and not safe to go to the gym two to three times a week during that time. The body needs time to recuperate. Also, with no income those two weeks, there won’t be money saved. Additionally, say a car breaks down or an appliance goes bad. One of the reasons to have savings is to be able to pay for unexpected expenses. Not being able to always meet the resolution doesn’t mean someone failed it. Sometimes things happen.

Not every moment will be enjoyable, but a resolution is something that will typically benefit one’s life. If the resolution is to quit smoking tobacco, it won’t be fun. Withdrawal can be quite uncomfortable. However, many enjoyable things go with quitting tobacco. Looking in one’s wallet and realizing there’s extra money that would have been spent is exciting. Not having the smell of smoke clinging to one’s clothes or in the car can be refreshing. Don’t be afraid to celebrate the milestones along the way either: such as one week, one month, three months, or six months tobacco-free. A victory is a victory and that’s what resolutions are all about.

The New Year’s countdown is an exciting thing and the resolutions often go hand-in-hand with it. Don’t fret or sweat about making another empty resolution. With some realistic goals, giving some grace, and enjoying the process/celebrating the victories, that resolution can be checked off the list of things accomplished.