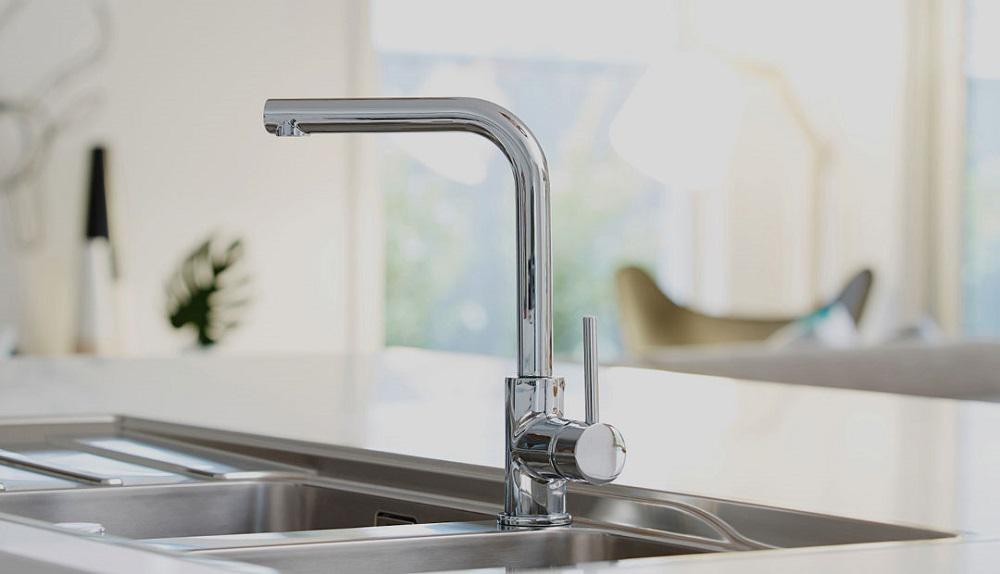 You’ll need an idea of what sort of rigours you’ll put your kitchen through. Are you a budding chef who needs all the trimmings? Maybe you take a more style focused hands-off approach when it comes to work in the kitchen. Either way your kitchen sink & kitchen taps are an important decision that should be made early in the renovation process. Read on for tips and choosing the right one for your new kitchen.

Our first tip relates to the size of the space you are working with. This will inform what size kitchen sink you end up with. The most basic rule to follow is making sure you select a 33 inch kitchen sink that is big enough to immerse your largest dish or pot.

Sinks generally come in two standard sizes. Single and double bowl. There are of course variations but these are the standard. Another common size is the single with a small bowl attached for rinsing. Commonly referred to as an end bowl.

Your preference may be restricted by the size of the kitchen you have to work with. You’ll want to balance the area you have available between bench and sink space. You’ll usually want more bench space than sink for your common kitchen. Also keep in mind room for the taps you end up choosing. Kitchen mixers will require a decent gap between the splash back and sink, white kitchen sink taps mounted on the wall leave room for a larger sink.

We touched on it briefly before but the style of tap will be a major factor on your decision. Kitchen taps come in many different styles all serving a slightly different function. We’ll go over a couple of the more common styles for you to consider.

These are the most common type of kitchen taps on the market today. They make up more than 80% of all kitchen taps due to their ease of use and installation. These kitchen taps are made with a single tap and faucet where the water flow and water temperature are controlled and mixed before the water comes out. Kitchen mixers are installed in a hole in the sink itself so are easy to install.

This style of tap is the most useful in terms of function out of the three. They are similar to the kitchen mixers we already mentioned with the added function. The nozzle on the end of the faucet can be pulled out like a hose. This can be manipulated in various directions to use as you please. Washing the dishes has never been easier.

The final piece of the puzzle is the finish. Choosing a finish is all about your preference. Kitchen sinks and taps go way beyond the traditional stainless-steel silver look these days with heaps of different variations available. Want to mix things up with a matte black finish, you can. Or maybe try something more old school like a terracotta or bronze. Looking towards the future? Try gun metal or the many varieties of brushed metal.

By now you should have a solid idea of what you need to consider before buying kitchen sinks and taps for your new home or renovation. Choosing the right size, style and finish will go a long way to ensuring your kitchen looks good and does the job it’s meant to do. Head along to a supplier like http://abey.com.au/ and start searching for the perfect kitchen sinks and taps to your build or renovation to the next level.