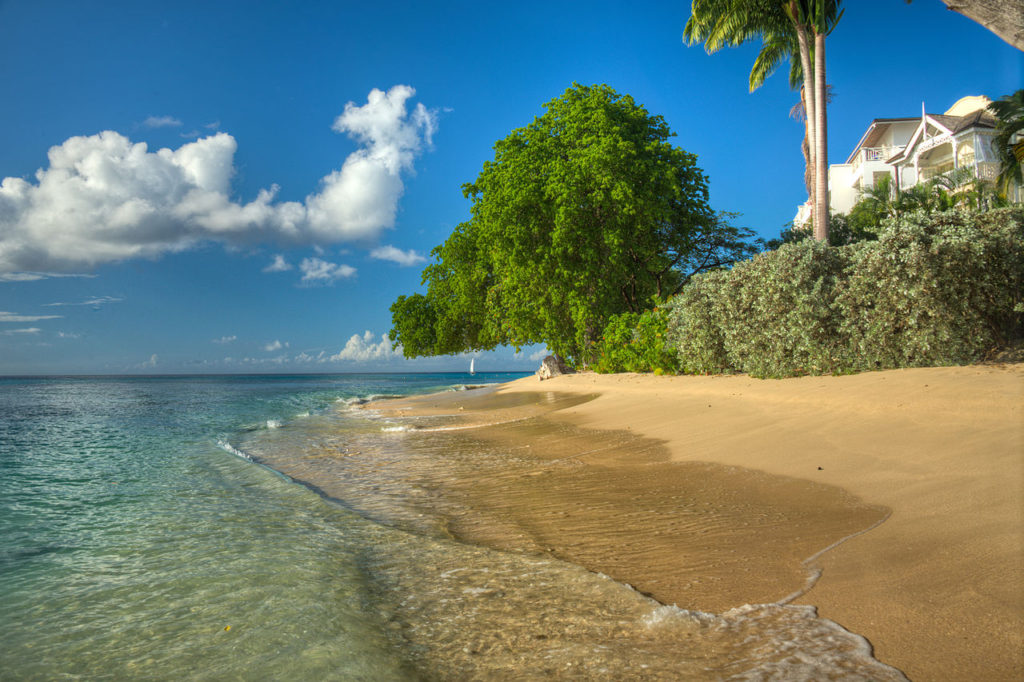 Barbados is the Caribbean’s easternmost island, a great coral reef floating in the mid-Atlantic and ringed with glorious beige-sand beaches. Originally founded as a plantation, this Atlantic outpost was a loyal member of the British Commonwealth for generations.

Cosmopolitan Barbados has the densest population of any island in the Caribbean. Drawing on its English, African and West Indian roots, Barbados has established its own distinctive identity, evidenced in its customs, traditions and value, and passionately expressed through the rich history, exceptional cuisine and artistic talents of its people.

Barbados beaches are truly some of the most beautiful in the Caribbean, in fact the beach at The Crane was rated “one of the ten best beaches in the world”. Barbados is a coral island and its beaches are made from finely ground coral forming a clean fine grain. Natural sand dunes are not common but some exist in Long Bay on the south-west coast.

Dutyfree shopping is especially popular on the island, with prices typically being 30 to 50% less than in Europe and North America. A loyal group of return visitors and newly discoverers appreciate its stylish, medium-size hotels and come to relax on a holiday to Barbados.

Service is extremely good, a byproduct of the British heritage. If you want high quality, history, a quiet, conservative atmosphere; and fine beaches, come here. 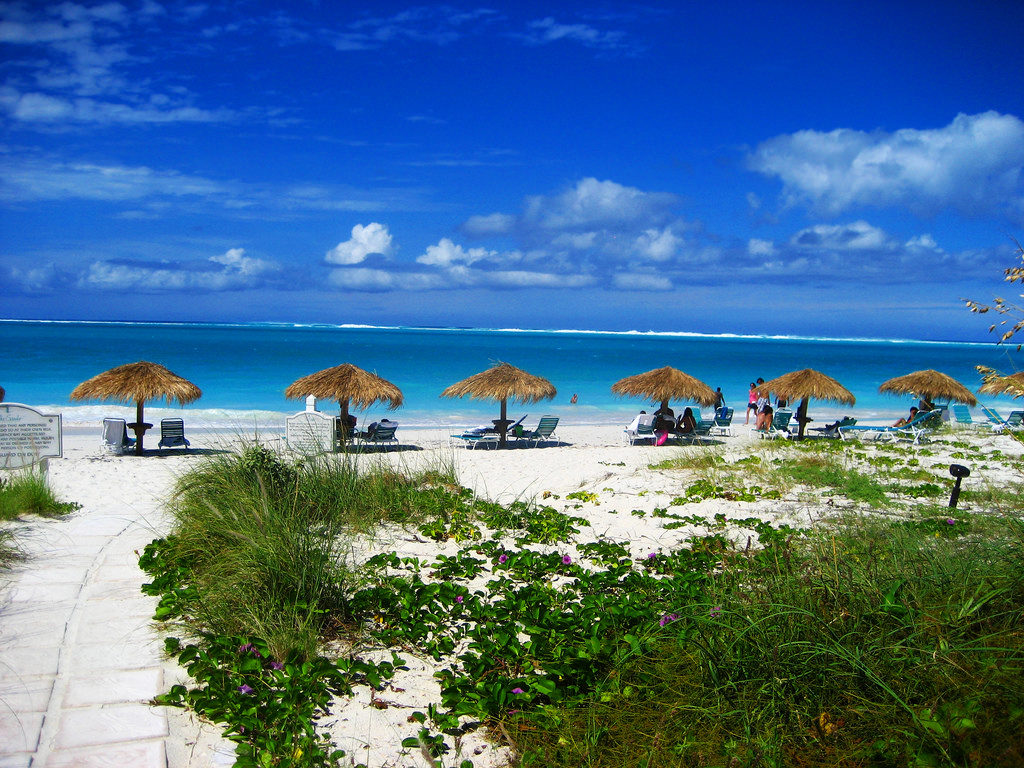 Turks and Caicos means “Pirate Islands” and is found about 80 miles (130 km) north of the Dominican Republic and 30 miles (49 km) east of the Bahamas. Although these islands are actually part of the Bahamian archipelago, they are governed separately.

Grand Turk is ringed by abundant marine life, with world class diving. Grand Turk has a relatively undeveloped tourist infrastructure, although it offers a scattering of inns and hotels. The top activities include relaxing on the beach, island hopping, snorkeling and a boat cruise. The best experience is usually had with one of the smaller groups or on a private cruise.

One of the larger islands of Turks and Caicos, Providenciales, or Provo, has a pristine coastline. In the late 1970s, hotel megaliths such as Club Med poured money into increasingly popular low-rise eco-conscious resorts. Now Provo’s tourist infrastructure surpasses that of Grand Turk. For swimming, Grace Bay Beach or Leeward Beach on Providenciales, and Governor’s Beach on Grand Turk are the best choices. If you weigh every factor (clear water for swimming, clean sand, lack of unsightly development, snorkeling, secluded tranquility, and yes, even casual paddle board surfing) North Bay on Salt Cay wins. There is great diving at the barrier reef off of Grand Turk at English Point, and don’t forget, Turks and Caicos is famous for its Flamingos. 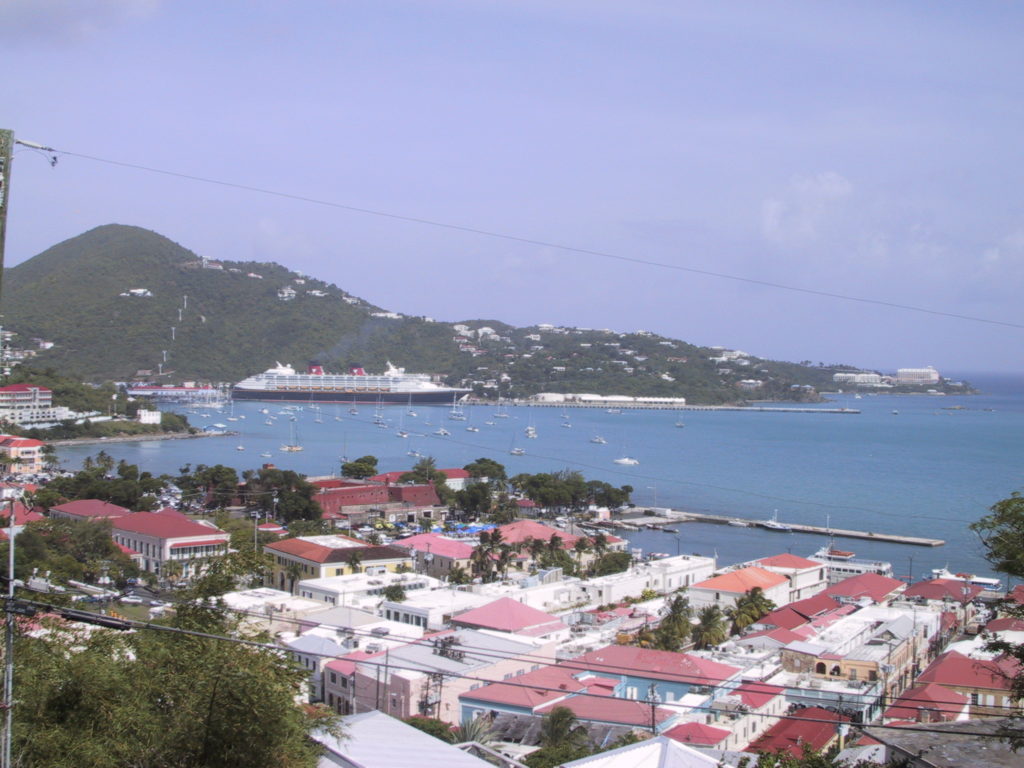 The US Virgin Islands became the possession of the US in 1917 after being a Danish colony. The three main islands, St. John, St. Thomas and St. Croix were sugarcane plantations. St. Croix is the largest and flattest of the U.S. Virgins, and St. Thomas and St. John are more mountainous. Tourism grew in the destination once the United States imposed an embargo on Cuba in 1959 and today, the USVI is a thriving destination for visitors in search of the perfect vacation.

The USVI is a paradise with so much more to offer than the traditional beach vacation. Visitors wishing to immerse themselves in a profound cultural experience can enjoy historical tours, culinary encounters, artisan fairs, parades, storytelling and other special presentations. All three islands offer great beaches, snorkeling and sailing and feature stunning island scenery. If you want great shopping and lots of diversions, facilities, bars, restaurants, and modern resort hotels, go to St. Thomas. Cruise-ship passengers pass through constantly. St. Croix also has good shopping and many activities, though not as many as St. Thomas which is better for peace and quiet. St. John is most often visited on a day trip from St. Thomas. Much of this island is devoted to a national park.

Each island nation is beautiful and has its own distinct style and charm that offer wonderful experiences for travelers.