Do you worry that your spouse is hiding something from you? Dishonesty and secrecy can ruin a marriage. Then again, paranoia can as well. You need to find out whether you have cause for concern. Here are four ways to talk to your spouse when they’re hiding something. 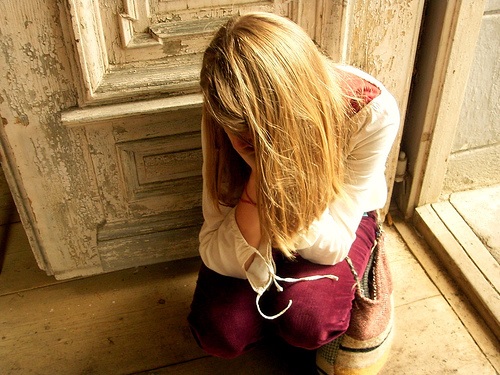 The benefits of marriage counseling are reason enough for any couple to think about a few sessions. In the case of a dishonest spouse, this tactic is especially effective. Your partner won’t know that you have an ulterior motive for the sessions.

During your early therapy discussions, don’t bring up your fears. Instead, listen to your partner describe what’s happening in his or her life. If he or she doesn’t admit to anything during the discussion, guide a later conversation to the topic of openness. Express your frustration that you worry your spouse has a secret. The response may surprise you.

Go on a Date

If you have concerns about your spouse, your marriage isn’t in great shape. What’s the best way to add sprinkle some romance into your relationship? A date night! Take your partner somewhere that holds a special memory for the two of you. Share some fond tidbits about things you remember from the early days of the relationship.

This tactic may lead to more transparency from your partner. If it doesn’t, you could cheat a little. Buy a couple of drinks for both of you. Drink yours slowly. After people have a couple of alcoholic beverages, science suggests they open up a bit more. It’s not that they’ll want to share secrets. It’s that they won’t care as much about hiding the truth, even if it the truth might hurt your feelings. You should understand that you’re accepting a lot of risk with this tactic, though. The truth does hurt, after all.

Have a Long Talk

Another strategy is to sit your partner down and ask him or her if the two of you can talk. Don’t let the other person know that you’re worried about his or her behavior. You may think that he or she is living a double life, but you shouldn’t admit it.

Instead, act like you need to clear the air about something. It doesn’t matter what you say. What’s important is that you act like you’re revealing something that you’ve previously kept a secret. The goal here is to pretend like you’re clearing the air, so maybe your partner will as well.

If you don’t like any of the steps above or you try them all without success, you’re left with only one choice. You need to tell your spouse that you think he or she is hiding something. Before having this conversation, you should compile a list of reasons why you feel this way. You want to have a calm and reasoned explanation for your feelings. Look your spouse in the eye and tell him or her what you believe. Ask your partner to allay your fears. Maybe you’ll find out that you’ve worried over nothing!

Relationships are rarely easy. If you’re worried that your spouse isn’t trustworthy, try at least one step above before giving up on the relationship.