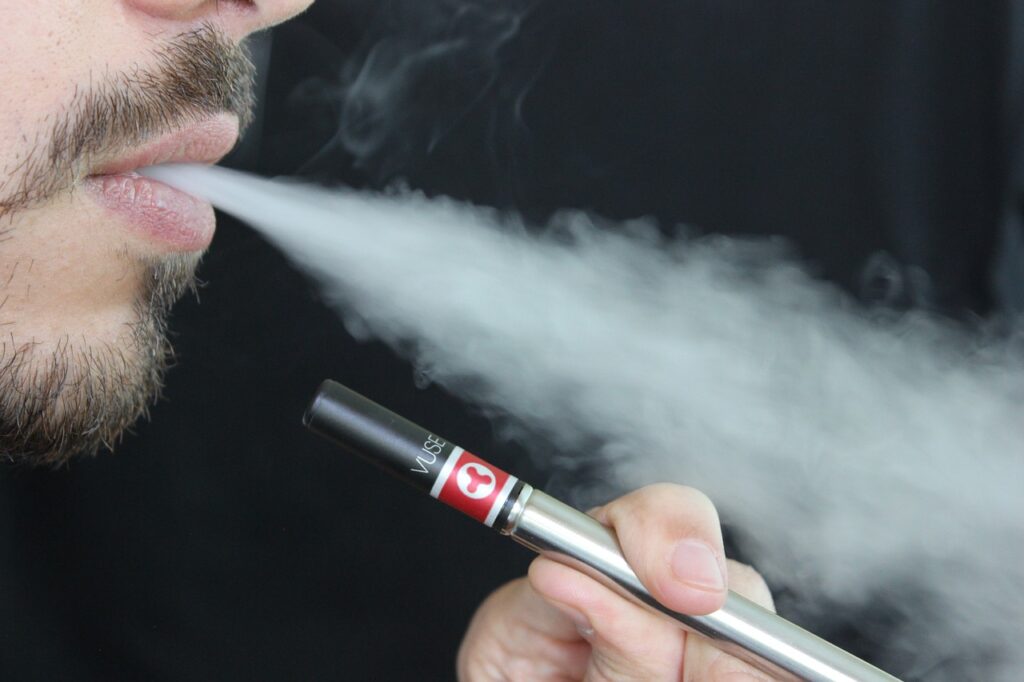 Sometimes, it’s pretty unbelievable to think about the fact that vaping has already been around for more than ten years. It’s even more unbelievable when you consider what vape juice used to be like. In the beginning, most of the world’s e-liquid supply came out of factories in China. The products were extremely consistent, but people generally agreed that Chinese-made e-liquids didn’t quite suit the western palate. Many American vapers, for instance, found that the e-liquids had unpleasant “chemical” flavor notes.

In those days, though, buying domestically produced e-liquid was no guarantee that you’d get something better. The first American e-liquid makers produced their products strictly by hand in kitchens and in the back rooms of vape shops. When people talk about the “wild west” days of vaping, that was definitely it. Mistakes weren’t as common as you might think, but people definitely could and did receive bottles with the wrong flavors, the wrong flavor ratios and the wrong nicotine strengths.

The vape juice industry developed very quickly from there. Today, you can always expect complete consistency from bottle to bottle when you buy e-liquid, and that’s just one of the many innovations that have transformed the industry over the years.

These are the greatest innovations in the history of vape juice.

One could make the argument that the fully automated e-liquid production line is the biggest innovation in the history of vape juice because it’s the innovation that made it possible for e-liquid to become the truly consistent, truly professional product that it always needed to be in order to gain mainstream acceptance among smokers.

In any new tech industry, there are always going to be early adopters who are willing to put up with a few issues in exchange for the privilege of being among the first few people to experience the new technology. Mainstream consumers, however, are happy to wait until the kinks are worked out – and that’s exactly what happened when major e-liquid brands like Naked 100 embraced automation and began making their products in true clean-room factory environments.

For consumers, full automation in the e-liquid industry means always being able to expect a product that’s absolutely perfect. With machines mixing the flavors and the nicotine, there’s virtually no chance of receiving a product that has the incorrect nicotine strength or doesn’t taste right. Modern e-liquid companies even use separate production lines for their nicotine-free e-liquids to ensure that there’s no chance of contamination.

The second huge development in the domestic e-liquid industry was the decision to ditch the 10- and 15-ml bottles used in the early days of the industry in favor of larger 30 ml bottles – and bottle sizes only got bigger from there. Today, it’s rare to find any e-liquid sold in a bottle smaller than 60 ml. Bottle sizes of 100 and 120 ml are common, and even 180-ml bottles aren’t rare.

In the early days of vaping, e-liquid companies had a strong incentive to sell their products in the smallest bottles possible because that’s what maximized profitability. As vaping equipment became more powerful, though, it eventually got to the point where a 15-ml bottle of e-liquid – or even a 30-ml bottle – just didn’t contain a meaningful amount of vape juice for many people. Once a few e-liquid companies began to capitulate to consumers’ demands for bigger bottles at lower prices, the flood gates opened. Vape juice became a lot more affordable for everyone.

Vape juice has always been infinitely tastier than cigarette smoke. Vaping is really an easy sell as soon as a smoker realizes that he or she can have an equally satisfying experience without the smoke. Most smokers, after all, don’t really like the way cigarettes taste and smell. Smokers just like the nicotine rush so much that they convince themselves that they like the flavor of cigarette smoke. As soon as an ex-smoker’s sense of taste comes back, cigarettes taste as vile as they did in the very beginning.

As delicious as vape juice has always been, though, it was really missing something in the early years. That something was sweetness. If you’ve ever had one of those unsweetened soda water drinks filling the soft drink aisles in the supermarkets these days, that’s what the early e-liquids tasted like. Without a little sweetness, the experience wasn’t quite complete.

E-liquid makers finally settled on sucralose as the perfect sweetener for vape juice, and that led to the development of fruit, beverage, candy and dessert e-liquids that tasted incredibly true to life. Today, almost all e-liquid includes at least a little sucralose.

Nicotine salt deserves a place of honor in the annals of vape juice history because it made it possible for a small vaping device to deliver the same level of satisfaction as a tobacco cigarette.

Research suggests that, if you use a vaping device that’s around the same size as a cigarette, the nicotine strength of your e-liquid should be somewhere in the neighborhood of 50 mg/ml in order for your small device to deliver as much nicotine per puff as a tobacco cigarette would. Before the development of nicotine salt e-liquid, though, no small e-cigarette came anywhere near that nicotine strength. The highest nicotine strength that most e-liquid companies offered, in fact, was just 18 mg/ml because at nicotine strengths higher than that, vaping became impossible due to throat irritation.

The problem was that freebase nicotine – the type of nicotine used in all e-liquid until the development of nicotine salt – is alkaline. At high nicotine strengths, the alkalinity makes the e-liquid difficult to inhale. Nicotine salt e-liquid solved that problem with the addition of a mild acid that lowered the e-liquid’s pH. Suddenly, nicotine strengths of 50 mg/ml and even higher were achievable, and people could use those nicotine strengths with no throat irritation whatsoever. Nicotine salt made it possible to have a completely satisfying experience with a tiny e-cigarette, and that has helped millions of people switch to vaping who may not otherwise have been able to quit smoking successfully.