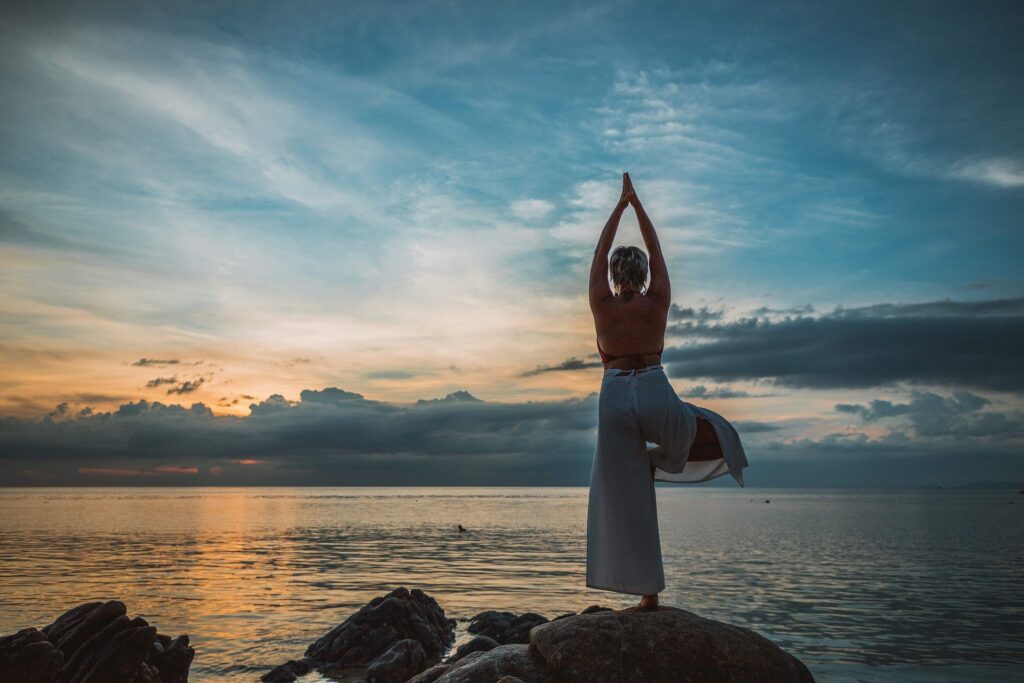 The favorite yoga of most celebrities, Kundalini Yoga, has become famous for the past so many years. From ancient times, the yoga form focuses mainly on physical positions and breathes along with meditation, chanting, and singing.

If this is something that interests you, but you don’t know where to start from – here are some of the things that you must know about this famous practice.

How should Kundalini Yoga be described?

One which was introduced in the late 70s in the western world by Yogi Bhajan combines movement, breath, and sound. It has been taken from the Sanskrit word kundal, which means ‘coiled energy.’

Yogi Bhajan once said, “The growth process through Yoga naturally unfolds your own self.” Just like a snake, you’ll have to shed your old skin to be more of a real you. This kind of Yoga’s primary goal is to get aware of your inner self by letting your mind rest and unblocking the chakras so that your vital energy can move freely.

Practicing Kundalini comes with major challenges of breath exercises along with the meditations and asanas. These are practiced for a longer period and need a lot of energy in the body.

There’s a reason why this Yoga practice got popular in recent times. The ancient teachings of Kundalini Yoga were a secret from a longer period, which was only known to Royal people and nobility for hundreds of years until Bhajan introduced it to the West in the late 1960s and started to teach publicly.

What are its health benefits?

For different reasons, people choose to learn Yoga and even take Kundalini yoga teacher training to make others benefit from it. Yoga affects both psychological and physical well-being. Mentioned below are some of the most famous benefits on the health of Kundalini, which include better mood, faster metabolism, and low levels of stress.

The high you get after the sweaty yoga session seems to be a real thing. The research has found that practicing Kundalini Yoga on a regular basis increases serotonin production, which is the happy hormone in your mind.

As you hold the posture for a longer time, sometimes for more than 5 minutes, Kundalini Yoga is best to make the muscles toned and strong. Various other intense breathing practices such as Breath of Fire prove to develop core strength, as you’ll have to engage your abdominal muscles with every exhale you take.

As per the research, Kundalini Yoga can leave a major impact on cognitive functioning, which boosts your memory and concentration. Even the experts recommend a Kundalini kriya to improve memory retention.

It has been shown in the studies that Kundalini Yoga – mainly the deep breathing techniques which are used during Yoga – can lead to a decrease in hypertension issues. A slow and long breath makes the autonomic nervous system calm and reduces stress, therefore lowering your pulse rate and blood pressure.

By combining the best postures and breath, Yoga focuses to make the diaphragm and core strong. In return, it makes the digestive system better and speeds up the metabolism which means your body would be able to take energy easily.

How can one practice Kundalini Yoga?

A typical class comprises three parts: a chant in the beginning, which means tuning-in along with a warm-up of the spine, a kriya, which means different postures along with breathing techniques, and a song or meditation in the last.

Each kriya, which means ‘action’ in Sanskrit comprises the physical pose along with the meditation and a breath. The poses can be anything chosen by you and are based upon the part of a body where you need to focus such as warrior for glutes and legs or cobra for the spine.

While each kriya uses different breaths, one of the popular ones is Breath of Fire, which comprises quick and short breaths. To do this technique, close your lips and breathe in and out at a rate of 3-4 breaths per second. As you are going to breathe, expel the air in powerful spurts to make the core engaged.

Singing and chanting are also the major components of this Yoga. Various songs and mantras can be played during the entire session and the most famous one is Adi Mantra. Another common one is Sat Nam.

You might also go through the heavy sessions. Every set during Yoga comprises different poses that involve techniques to breathe, movement, mantra, and mindfulness. In between postures, you only get the time of a minute or two to unwind yourself and relax.

As soon as the entire set comes to end, the relaxation takes place with meditation, then after the mantra, the class closes.

While you don’t need to wear white entirely, it is common in this kind of yoga. This is because it has been believed that the color wards off negative energy and extends aura. You are going to see the teachers wear head covering from scarf, hat or turban, to contain positive energy in the body.

While any person can practice Kundalini Yoga, unless and until you have any medical condition, this particular yoga style is mainly good for those who need spiritual practice as much as they want a physical workout.

The practice can be intense, but both its mental and physical benefits make it the perfect option for beginners and advanced people in Yoga. There’s a reason why this Yoga practice has seen an immense rise, from normal practitioners to celebrities.