So you’ve made it happen – you’ve picked all the lucky numbers and you’re staring down at the single biggest thing that’s ever happened to you. You’re one of the 0.1% now, with more money than a small nation, and you’re thinking to yourself, ‘there is nothing I’ll ever have to work for again; nothing I’ll ever want and not be able to have; I can travel the world and take care of my loved ones for as long as I live’. Well, yes and no. It’s undoubtedly going to be the single greatest thing (financially, of course) that will happen to you, but that doesn’t mean it’s going to be a cake walk, and you’re going to need prudent counsel, a bit of a thick skin, and some newfound restraint, in order to make sure that your Powerball winnings are well-protected and well-used.

Before you do anything else – sign the ticket! Signing the ticket means that it is legally yours and no one else’s, which means that if that ticket were to somehow slip out of your pocket, or perhaps someone with hungry eyes decided that they wanted it for themselves, you have total legal recourse to reclaim that ticket. An unsigned ticket, on the other hand, is much more difficult to claim as your own in the event it goes missing, so, just to be certain, crack out that pen right away and sign your John Hancock (or Joan Hancock, as the case may be) right there on the ticket. It’s worth noting, though, that if you play online, you won’t even have this problem! 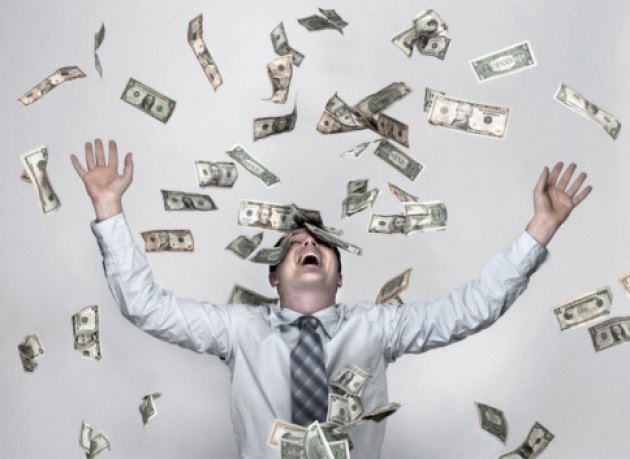 The next big thing you’ll have to decide is whether you’re taking your money as a lump sum, all at once, or as an annuity, which means that they pay your winnings annually, spread out over around 30 years (or less). They both come with their pros and cons: while the lump sum will be less overall than if you were to receive the annuity, if you invest the lump sum wisely, it can be worth much more; and the annuity, while it’s a good yearly cash flow, might be tricky to redeem for your heirs if you pass away.

That’s assuming, of course, that you plan on passing it to your heirs, which is another touchy territory when winning the Powerball. Amidst all the family members, family friends, friends of friends, etc., all asking you how to play the Powerball so that they too can win big, there are going to be people who will try and milk you for your newfound wealth. It’s bound to happen, and you’re going to need two things right off the bat: a definitive list of who you want to share your money with, and how much you want to share; and a good lawyer/good accountant, one of whom can play the “villain”, so to speak, and turn down other people who ask for a payout.

Other than that, the single biggest advice – and this comes from past lottery winners who may or may not have squandered their winnings – is to avoid the dreaded “sudden wealth syndrome”, or having to deal with the stress of a bunch of new wealth. Most experts agree that you shouldn’t quit your job, at least not right away, and that you shouldn’t give in to enormous new spending habits; try to retain some semblance of the life you used to have, at first, then, as you invest your new money, ease yourself into the good life. Powerball can do more than just entertain you once per week- it can make you rich beyond your wildest dreams, and if you follow these steps it can make you happy beyond your wildest dreams as well.