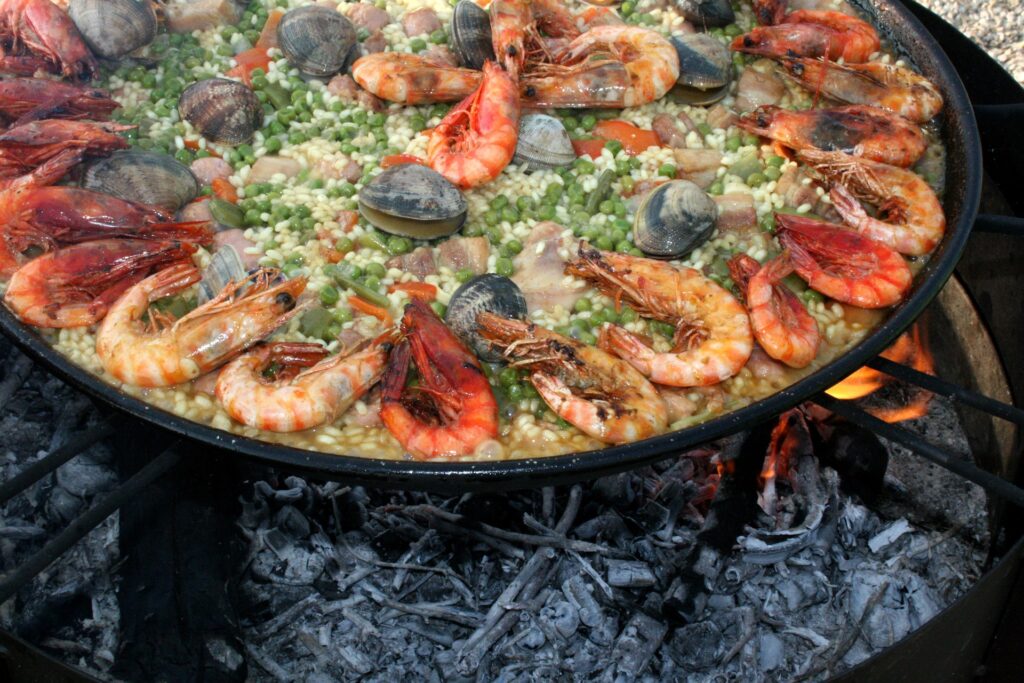 The first name that comes to your mind is Paella. Undoubtedly, this is the most popular Spanish dish known around the world. In almost every country you can find Paella restaurants claiming they serve the original Paella, including those with their version of this rice-based dish with local ingredients.

Even most houses prepared a version of Paella; also claiming it is the authentic recipe. With all these “original” Paellas worldwide, it is a bit confusing to know what true Paella tastes like.

Let’s discover the real origins of the most iconic Spanish dish, and you can start to boast you have the lowdown on Paella.

How is the original Paella?

Paella was created in Valencia, a coastal region in Spain. It was a workers lunch made of rice, tomatoes, onions, garlic, snails, rabbit, chicken, beans, saffron, and any other ingredient they had on hand.

Despite being created by the coast, the original Paella did not contain any seafood. It was a simple meal with strong flavors where taste was as important as sharing a special time while eating. One of the most distinctive aspects of cooking Paella is eating it directly from the pan where it was cooked.

As time passed by, this rice dish started to spread all over Spain, local ingredients and new flavors were added and resulting in the endless Paella versions we all know nowadays:

The first Paella ever created was Valencian Paella. Other variations are equally delicious, and have the same base for sofrito, but are a variation of the authentic rice dish from Valencia.

Even though the authentic Paella is the Valencian version, the most famous is the seafood version. Sometimes people confuse Valencian Paella with Seafood Paella. If you want to do them a favor, take them out of this confusion and explain: Valencian Paella does not have seafood in its ingredients.

As Seafood Paella is the most popular type and everybody claims they have the authentic recipe, let´s learn how to cook it using an original Spanish recipe like https://mahatmarice.com/recipes/authentic-spanish-paella-seafood/

But before getting down to work, here you have some useful tips: