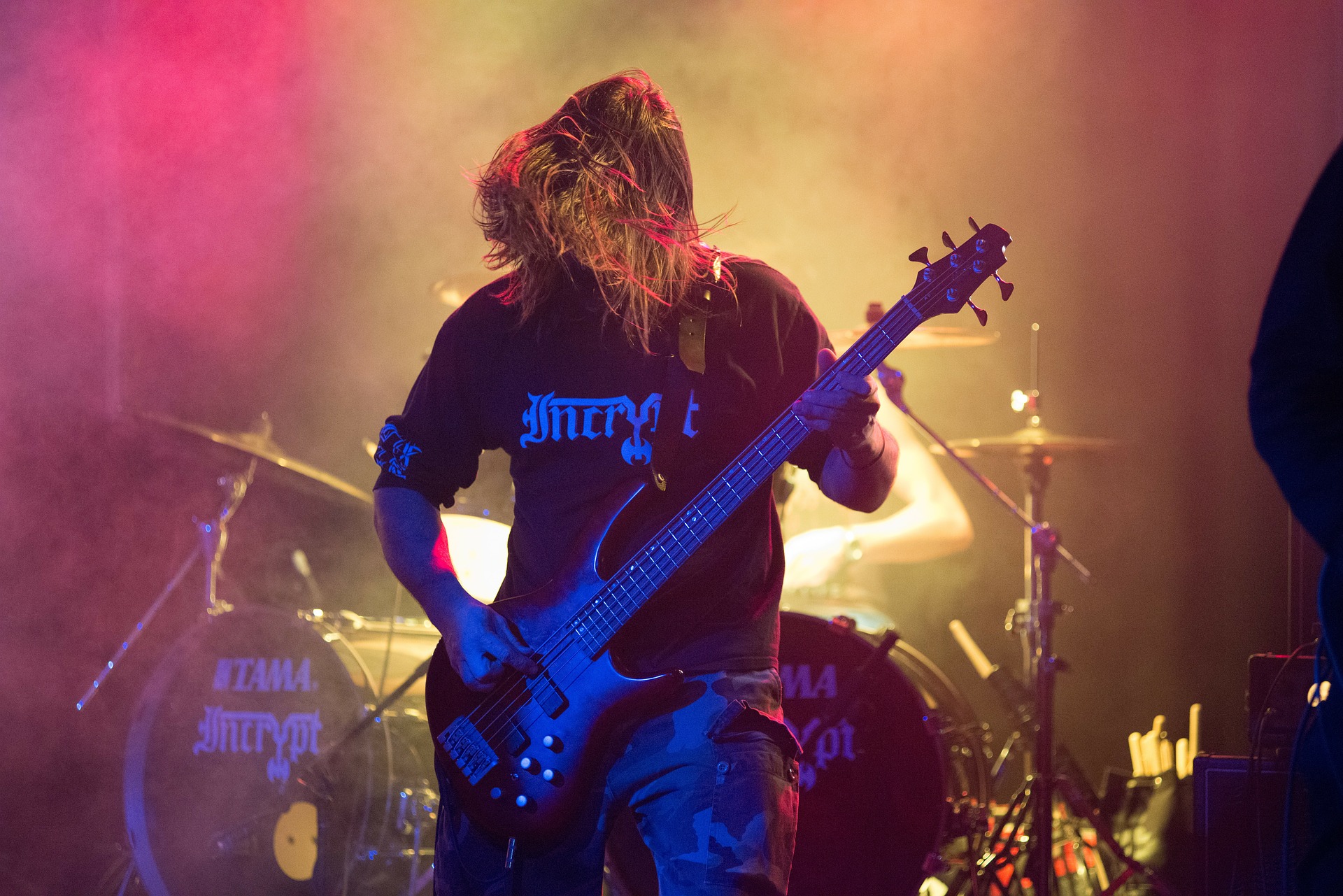 When it comes to famous rock musicians, there’s no denying that bass guitar players are often overlooked. But this isn’t always the case. Those who have put in the time to hone their talents and develop their own unique style stand as some of the most well-known musicians around the world. With bass lessons for every level available, aspiring musicians can also develop their skills with this amazing instrument.

But which bassists stand as the best of all time? While officially labelling someone as “the best” is never easy, here are just a few of the bassists who are consistently recognized as some of the most skilled users of the instrument.

As bassist and founding member of the Red Hot Chili Peppers, Flea has incorporated a wide variety of styles in his playing over the band’s 35-year history. While earlier songs primarily used slapping and popping, as the band’s style has shifted his playing has moved to more traditional, melodic lines. Flea’s aggressive playing style and penchant for improvisation during live performances has played a large role in building the band’s popularity. Flea, along with other members of the Red Hot Chili Peppers, was inducted into the Rock and Roll Hall of Fame in 2012.

James Jamerson wasn’t as well known during his lifetime, but since his passing, his true contributions to bass playing have come to light. Jamerson is often cited as having total mastery of bass line construction, blending syncopation, phrasing, tone, and chromatic runs for incredibly artistic outcomes. Recording with Motown greats like the Jackson 5, Stevie Wonder, and the Temptations, Jamerson would adapt his bass lines to match each artist’s unique style. In total, he performed on 30 Billboard #1 hit songs such as “My Girl,” as well as other classics like “What’s Going On” and “Dancing in the Street.”

Primarily known for his work with Bela Fleck and the Flecktones, Victor Wooten is considered one of the most talented and versatile bass players active today. Wooten’s solo work and collaborations have spanned jazz fusion, progressive metal, funk, and hip hop. Wooten’s principles of finding a groove and playing notes that fit the needs of the song have helped him win five Grammy Awards for his work. He was also the first person to win Bass Player magazine’s “Bass Player of the Year” award multiple times. Wooten has also become a successful music teacher, hosting classes at his Tennessee retreat during the spring and summer.

As the lead bassist for The Who, John Entwistle was notable for his use of a treble-rich sound (which was unusual at the time), as well as pentatonic lead lines. His mix of fingerstyle, harmonics, and pick playing allowed him to achieve a varied mix of styles to suit the needs of each song. He also developed a unique “typewriter” style of playing that predates the modern styles of tapping and slapping. Entwistle is generally regarded as one of the most influential bass players of all time, and was voted as the best bass guitarist by Rolling Stone readers in 2011. In 1990, he was inducted into the Rock and Roll Hall of Fame.

No matter which bassist you think is the best, there’s no denying that these talented musicians have left a distinctive mark on music history. No matter where you might be in your own journey of mastering this instrument, you’ll be able to find great satisfaction as you develop your own skills. What kind of bassist will you become? By learning from talented local teachers and studying the techniques of these and other master players, you’ll be well on your way to success.