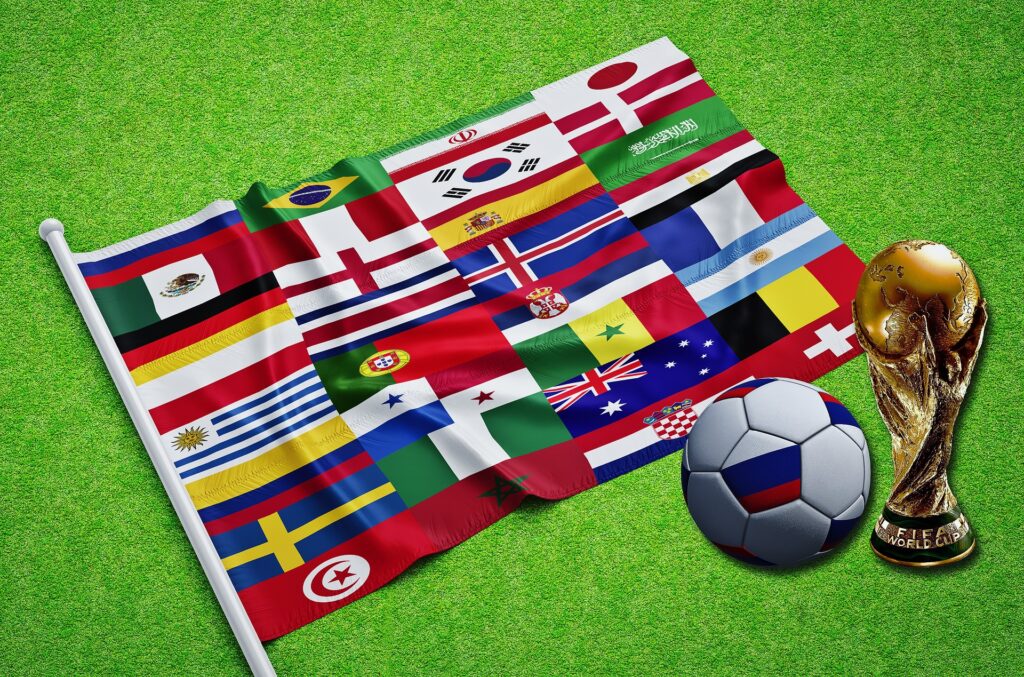 The England football team hasn’t been as good as it is right now in living memory for most people. True, there are still a few fans around who remember England winning the FIFA World Cup in 1966, but anyone who was twenty years old back then is now well into their seventies. For English football fans younger than 50, following the national side has been a constant string of disappointments. Yes, there were bright spots – England made the semi-finals of the World Cup in 1990 and were semi-finalists at the Euro 96 tournament six years later, but that was as good as it got. The so-called “Golden Generation” of David Beckham, Wayne Rooney, Frank Lampard, Steven Gerrard and all the others failed to win a thing.

This current crop of England players contains fewer individual stars but works better as a team. They reached the semi-finals of the World Cup in 2018 and the final of Euro 2020, losing on penalties to Italy. With the cautiously optimistic and pragmatically-minded Gareth Southgate in charge, a trophy win at either the 2022 World Cup in Qatar or the Euro tournament two years later doesn’t seem out of the question. This is, in relative terms, a great time to be an England fan. Why, then, were England fans booing the team’s ever-present centre back Harry Maguire during the recent 3-0 victory over Cote d’Ivoire at Wembley?

Magure was one of the standout performers in the England team that reached the semi-finals of the 2018 World Cup in Russia. He was regularly lauded for performances during the tournament, picking up several man of the match awards and becoming a viral celebrity when an image of him talking to his girlfriend in the stands became a meme. Affectionately known as “Slabhead” for both the size of his head and his unerring ability to use it to score from corners, Maguire was one of the most likeable members of the team and was said by most pundits to have been England’s player of the tournament after the disappointment of the semi-final defeat to Croatia. A lot has changed for Maguire since then.

We can point to three incidents as we attempt to explain why the fans have turned on Maguire – a man who’s worn the captain’s armband for England in the past when regular captain Harry Kane hasn’t been available. Perhaps the most notable was his arrest in Greece in 2020 after being accused of assaulting a police officer while on holiday. He denied all of the charges raised against him after the incident, which included suggestions that he’d shouted racist remarks about Greece in general, but he didn’t convince the Greek courts. They found him guilty and handed him a suspended jail sentence. The aggravating factor in all of this is that Maguire was also found guilty of attempting to bribe his way out of the situation. The defender filed an appeal, which is yet to be heard by a Greek court, but the incident heavily tarnished Maguire’s public image.

The second incident is more recent. In November 2021, Maguire celebrated a goal against Albania by running to the fans and cupping his ears before putting his fingers in them. That’s a gesture that’s been used by countless players in the past after scoring goals, and it translates as “let’s hear you criticise me now.” It was a response to flak that he’d been taking for his relentlessly poor performances at the centre of defence for Manchester United at club level. Manchester United legend Roy Keane ripped into Maguire after the game for seeming to believe that a goal against lowly opposition like Albania was proof that the criticism of his performances at club level was unwarranted. Far from silencing the critics, it made Maguire appear arrogant – and arrogant players have almost always incurred the wrath of English football fans.

The third factor in all of this is the simple fact that Harry Maguire plays for Manchester United. It was one thing to support Maguire when he played for Leicester City – a plucky squad full of over-achievers. It’s quite another to continue supporting him when he plays for Manchester United – a club hated by fans of almost every other club. Maguire was the most expensive defender in the world when he joined United for £80m in 2019 and has rarely – if ever – looked like a player worth even half of that amount. In the past twelve months, Maguire’s performances have been especially poor, and at least some of the fans that were booing him against Cote d’Ivoire will also have been fans of Manchester United. Taking all of these things together, Maguire is now seen by some as an arrogant, violent, convicted criminal who plays badly for a club that’s despised by most football fans.

At least one of these things isn’t really Maguire’s fault. He has no control over how much a football club is willing to pay for his services, and Manchester United have been taken to the cleaners by many a club that’s sold players to them in the past five years. It’s fine to gamble on a player every now and then, but if Manchester United were a gambler, they’d likely be banned from playing anymore on the grounds that they’d developed a problem habit. Such has been their overspending that they wouldn’t just be banned from their casino of choice but every sister site that casino had. Entire casino networks would be turning them away. They’ve made bad bet after bad bet, and Harry Maguire is one of those bad bets, but that isn’t really Maguire’s fault. This shouldn’t be about Harry Maguire, and it certainly isn’t about casino sister sites. This is about the changing attitude of English football fans.

You don’t have to be a football journalist to realise that Maguire is a player going through difficulties at the moment. His confidence looks shattered when he’s playing for his club. He’s attracting the wrong sort of attention when he’s in the spotlight with England. He could do with a break, both at club level and international level. There was no reason to call him up for an international friendly with nothing at stake, but Southgate did it anyway. The reason Maguire is getting booed is that fans have fallen out of love with him – but it’s also because he’s being stuck in the firing line when there’s no just cause for him to be there.