Down Syndrome, also known as Trisomy 21 or “Downs”, is the most common genetic disorder affecting human infants.  Each year, more than 5 million babies around the world are born with Down Syndrome, named after the British doctor, John Langdon Down, who described the disorder in the mid-1800s.  According to the Center for Disease Control (CDC), one in every 700 U.S. babies are born with Down Syndrome. The older the age of a woman, the higher the chances of bearing a child with Downs. Most children with this syndrome have intellectual disability, stunted growth, and low muscle tone.  High rates of congenital heart disease also occur in these children. Zietchick Research Institute notes that children with Down Syndrome are also at increased risk for a number of eye disorders. 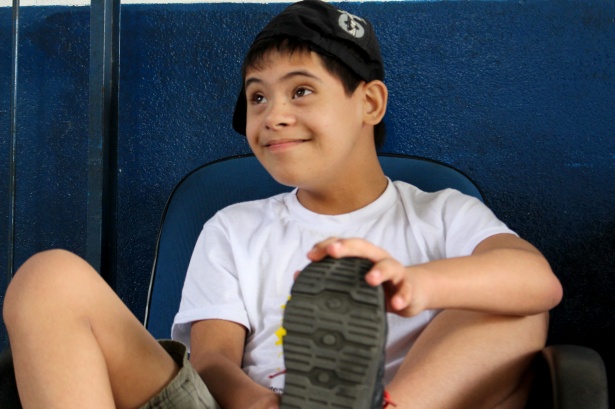 Zietchick Research Institute, a small company dedicated to optimizing eye health outcomes for children, explains that many normal children (such as those without any type of chromosomal abnormality) have refractive errors—meaning that their eyes cannot clearly focus the images from the outside world and requires glasses to correct vision. However, the incidence of refractive error is much higher in children with Down syndrome. Over 90% of children with Downs require spectacle correction.

The most common refractive errors in Down Syndrome is hyperopia (commonly called far sightedness) and astigmatism (an abnormal curvature of the lens of the eye) followed by myopia (commonly known as near-sightedness). Interestingly, in Downs children with congenital heart defects, myopia (and not hyperopia or astigmatism) is the most common refractive error.

Strabismus, abnormal alignment of the eyes, also occurs frequently in children with Down Syndrome.  Esotropia, a condition where one or both eyes turn inward, is the most common type seen in Downs.  Strabismus can give the child a crossed-eye appearance. Because the child may be using only one eye, the vision of the other eye may become “lazy”, a condition also known as amblyopia.  Treatment as young as possible, is necessary to ensure proper visual development. Nystagmus, a rapid involuntary movement of the eyes, is also more commonly diagnosed in children with Down Syndrome compared to other children.

Zietchick Research Institute emphasizes that all of the disorders described above should be treated as young as possible to optimize visual development.  Because children with Down Syndrome are at higher risk than most other children for eye abnormalities, children with Down Syndrome should be evaluated by an eye care professional as young as toddlerhood (or even infancy). In the event that an eye disorder is diagnosed, then treatment can be instituted right away. This will give the best chances at promoting eye health.